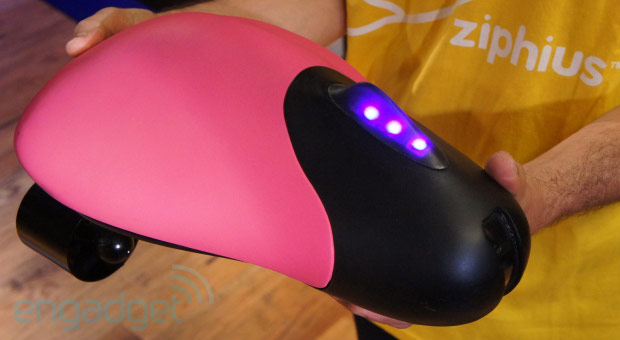 If you followed our Insert Coin: New Challengers contest at our first-ever Expand event, you may recognize this guy. The Ziphius, an WiFi-enabled aquatic drone powered by a Raspberry Pi, won $25,000 in prize money back in San Francisco, and three months later it’s taking the next big plunge: launching on Kickstarter. The bot launched its crowd-funding campaign tonight — at Engadget+ gdgt live in NYC, no less — and the Ziphius team says the $125,000 in requested money will go toward refining the device’s mold for the final-production version. As you can see from our gallery below, the package already looks sleeker, and it comes in pink along with several other new colors. Backers of all pocket sizes will be rewarded with everything from their name on the website ($1 pledge) to a Ziphius of their own ($195 and up). Click the source to check out the Kickstarter page for yourself and donate if you’re so inclined; the project has 29 days to meet that lofty funding goal.