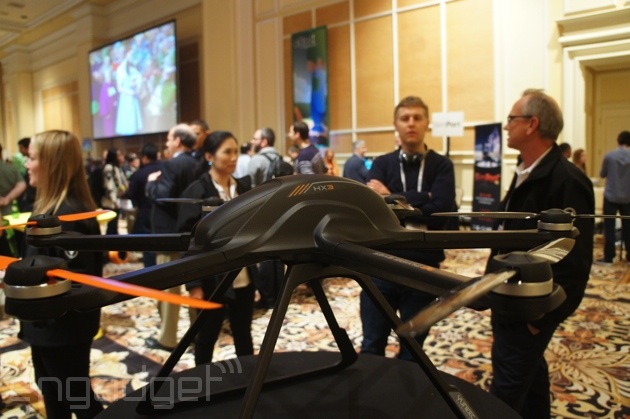 It’s true that we had some misgivings about calling Yuneec’s 13.9-pound E-Go skateboard “light,” but that certainly doesn’t apply here. Enticed by a PR rep’s invitation to, “go ahead, pick it up,” we did just that, and were taken aback by exactly how light it was, thanks in large part to its carbon fiber body. The Flying Eyes HX3 weighs all of 3.1 pounds sans battery and is capable of carrying up to 4.4 pounds. With a payload attached, the copter can fly between 45 and 90 minutes. It’ll run you $3,000 when it finally launches later this year.