Build Any Robot You Want, No Programming Required
Grandma Could Be the Future of Facebook 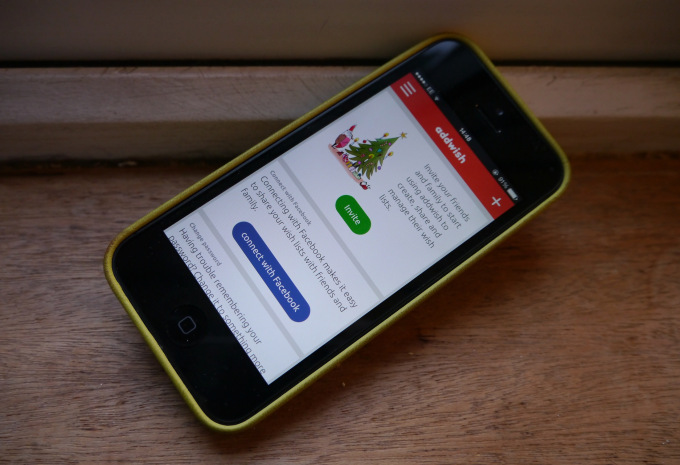 It’s the first outside investment for the startup which has been bootstrapping since 2008, with co-founders Brian Peterson and Kasper Refskou Jensen remaining in their respective day jobs – until now.

Now, with Sunstone’s cash behind it, they intend to focus full-time on growing the business – with a goal of signing up 3,000 online shops across the U.S. next year. The U.S. is a core focus for the startup so the funding will be used to hire staff to support this international push.

More than 500 online shops are currently including Addwish’s “add to wishlist” plugin on their product listings, while it says it’s signing up 1,000 new users per day – and expects that to grow to 5,000 per day before the end of the month.

It’s also expecting its plugin to be offered on the websites of more than 2,000 shops across Europe and North American by the end of this year, and is projecting consumers will have used the service to create 250,000 wish-lists in time for Christmas. (It’s not saying specifically how many users it has, as it says that changes all the time.)

The startup launched new iOS and Android apps last week, which let users create and manage wish-lists on the go, and co-ordinate who gives what to whom with their friends and family.

Addwish’s wishlist service is free for consumers to use, and allows them to add items directly from a retailer’s website (if they are using its plugin) or to add products as a “manual wish” if they are not listed within the app, or aren’t something that can be purchased online (such as a trip to the seaside, say).

Shops can also use Addwish’s plugin for free. The startup’s business model relies on taking payments from online retailers for products to be suggested when a gift-hungry user searches for a particular item. It claims this promotional tool can enable shops to increase their conversion rate from 2% to 15%.

Addwish’s wish search feature works by suggesting items as a user types – then either categorising it as a “manual wish” – for items not in its databases – or providing specific product matches that tally with some component of the search, giving plenty of scope to push promoted products up the list of suggestions as users browse for gift ideas.

Commenting on the funding in a statement, Sunstone Capital partner Christian Jepsen said: ”At Sunstone we believe in the way Addwish ties the users and the web shops together through its website and mobile apps. This team has shown that they can assemble a world-class service and roll it out across multiple international territories.”