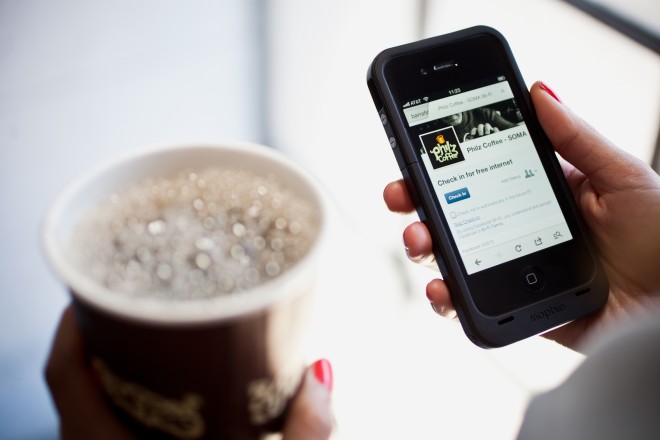 Just as Google is set to put its RSS reader to rest next week, reports of Facebook working on its own news reader are surfacing. According to The Wall Street Journal, the social networking giant is building a mobile app — not-so-uniquely dubbed “Reader” — for browsing news stories on smartphones and tablets. The app supposedly will cull stories from multiple sources, including links shared by your Facebook friends as well as content from partnered publishers, and display them in a Flipboard-like fashion, allowing users to swipe through articles and images.

Google Reader has millions of dedicated users (count me in) scrambling to find alternatives before the July 1 kill date, and contenders have emerged from the likes of Digg, AOL and NetNewsWire. The RSS reader Feedly has seen its user base triple since Google announced its reader was going the way of the ghost. For those of us considering the alternatives, is Facebook really the place we want to turn?

Probably not. The standard RSS model used by Google Reader, Digg and Feedly doesn’t make sense for Facebook. RSS is for nerds, news junkies and journalists hooked to their computers all day, continuously keeping track of the latest stories from various sites. Facebook’s much more mainstream user base would likely shy away from something as unfamiliar as an RSS .xml file, and would probably not benefit from that type of reader. Therefore, it’s of little benefit to Facebook.

But if reports of Facebook’s reader are true, the app will be more visual and closer to gesture-sensitive news-reading apps like Pulse and Flipboard, which encourage browsing and discovery. Filling an app like this with stories interesting to you won’t be an issue. The company has the data on which news stories its users are already sharing, and since Facebook is already a valuable funnel of traffic for news sites, the social network should have little problem ginning up interest among publishers who want to place their own channel into the app. Done right, a Facebook Reader has the potential to increase user engagement, and of course, give the company another outlet to serve up ads, where engagement means everything.

This isn’t the first time Facebook has tried to bring news to the forefront of its service. The network used to feature several “Social Readers” from the likes of The Washington Post and The Guardian. In their ideal state, social readers were supposed to show you what your Facebook friends were reading, while also driving traffic to those stories. In reality, they annoyed users with prompts to sign up and “blocks of auto-fed stories with second-class content,” as Buzzfeed noted when discussing the collapse of social readers. In the end, it just wasn’t how people wanted to share or read the news — on Facebook or anywhere else.

That doesn’t mean Facebook users are eschewing news on the site. It’s actually quite the opposite. For news websites, Facebook is still the single strongest social traffic driver. Facebook pages for news publications feed users a daily dose of stories, and Facebook users are constantly sharing links as well. The new design of Facebook’s News Feed prominently displays stories that multiple friends have shared in an attempt to surface the most relevant posts for each individual.

In Facebook’s current state, news links appear within the great News Feed jumble of baby photos and personal status updates. There’s no way to organize it so you see only news links. Because of that, Facebook is less a destination for news, rather than a place where you happen to stumble upon stories shared by friends. A dedicated reader, however, could change the way people engage and view news on Facebook, especially in a mobile format. According to a Pew Research poll, browsing and reading the news is one of the most popular activities on tablets and smartphones, and social sites like Facebook are a growing channel for news discovery. Put the two together, and Facebook can earn itself a good chunk of news-hungry readers.

Don’t, however, expect Facebook Reader to be anything revolutionary. The company has already witnessed the success of visual reading apps like Flipboard and Pulse, and will most likely bank on a similar service. It’s also not the first social networking site to attempt to engage users through news-sharing. Professional social networking site LinkedIn has been redefining itself as a content platform, by launching its own blogging tool and purchasing Pulse for $90 million in April. LinkedIn’s smartphone and tablet apps also prominently display a News tab, where you can read, like and comment on stories.

That said, Facebook’s biggest struggle with its own reader app will be getting its users to actually see Facebook as a vital source for getting their daily news dose. Unlike Twitter and LinkedIn, Facebook has grown up as a destination for personal networking of the “Here’s my adorable dog,” and “I just went to the beach” variety. But if Facebook can reshape its image and begin being taken seriously as a news hub, then it has what no other reader does: A huge, 1-billion-plus strong user base, ready to “like” the whole internet.