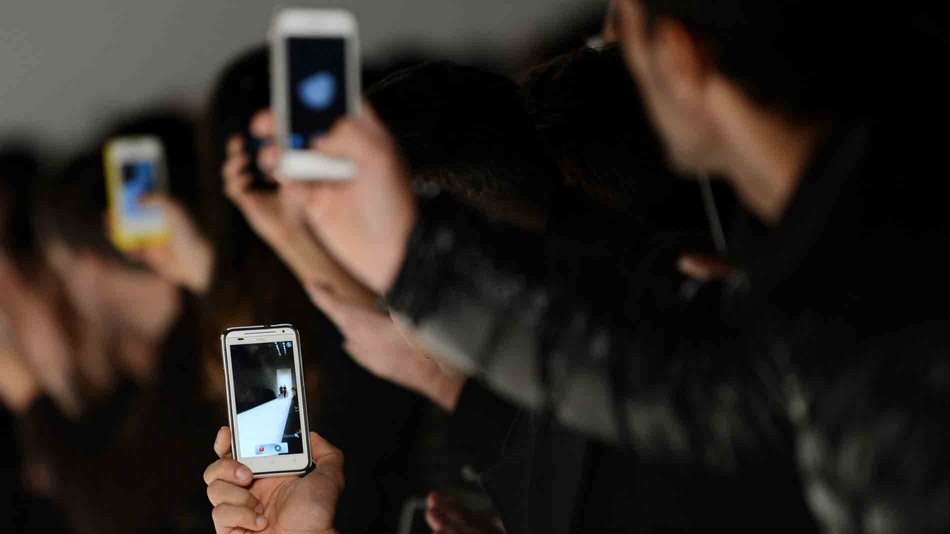 Twitter may limit you to 140 characters, but a picture says a thousand words, and can even entice people to read your story.

At least that seems to be the key to accumulating retweets on the microblogging site. A new study published Monday by Dan Zarrella, HubSpot’s social-media scientist, found that tweets including photos are significantly more likely to be passed along via retweet. The study also reveals that tweets containing pictures uploaded using pic.Twitter.com links are nearly twice as likely to be retweeted than those without the link. Photos embedded with pic.Twitter.com show up directly in the Twitter stream, meaning people only need to open the tweet to view the photo. 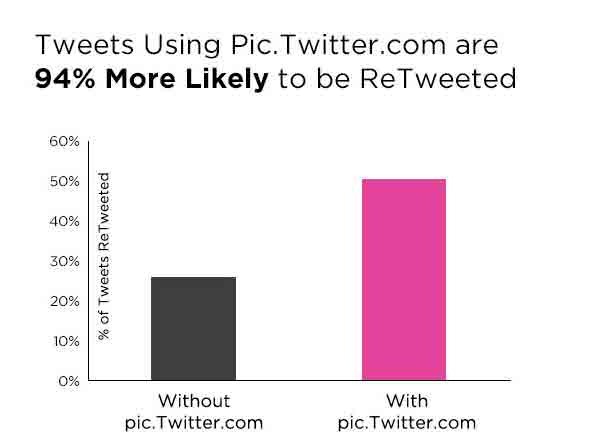 However, not all pictures are created equal. Tweeting out a photo from Facebook or Instagram does not improve the likelihood of getting a retweet. In fact, it’s the opposite. A tweet containing a link to an Instagram photo is 42% less likely to be retweeted than a tweet without an Instagram link, according to the study. That number is 47% less likely for Facebook photo links.

Twitter users used to be able to embed Instagram photos directly into their tweets, but as of last December, the photo- and video-sharing service changed that functionality so that a link appears instead, directing those who click on it to Instagram.

Zarrella’s study is based off an examination of nearly 500,000 random, public tweets. 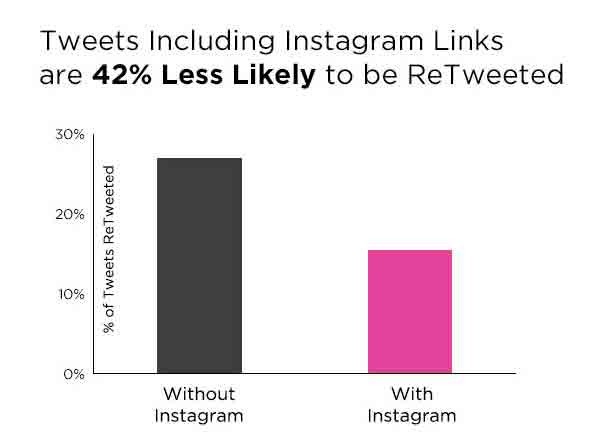 What are your tips for getting retweeted? Tell us in the comments, below.