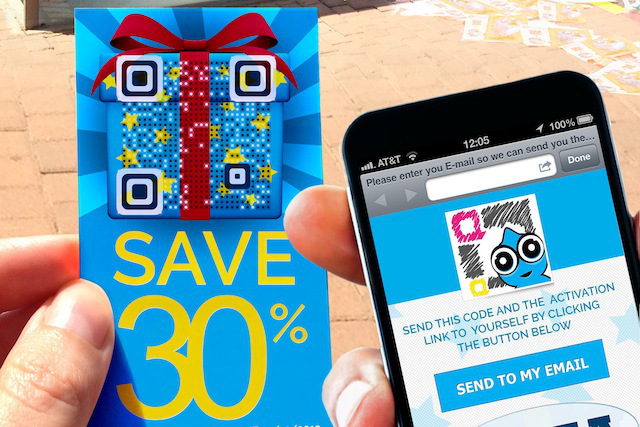 Visualead Raises $1.6M For QR Codes That (Kind Of) Blend In

QR codes (you know, those square images that can be scanned by your phone and point you to mobile websites) have never quite taken off with a mass audience, but some startups aren’t giving up the technology. For example, there’s Tel Aviv-based Visualead, which just raised $1.6 million in Series A funding.

The idea of QR codes is appealing because the codes promise to connect physical, printed objects (such as business cards, fliers, and posters) to the digital world. The problem? They’re also confusing and downright ugly — unless you like random square dots printed on a square grid.

Visualead tackles the problem by incorporating QR codes into existing images. In fact, it says it can “seamlessly blend” those codes with any image or design. This doesn’t make the QR code invisible, exactly, but it does make the code look less like a message from an inscrutable alien intelligence and more like a piece of promotional art. You can see one example in the image above, and others at the Visualead website.

The company first launched in January, offering a self-serve platform for small and medium businesses. It says the platform is now used by 200,000 SMBs, who create 30,000 campaigns every month.

“We like to measure ourselves by amounts of Visual QR Codes out there,” added founder and CEO Nevo Alva by email. “Within the next 6 months we are going to reach creation of 1M Visual QR Codes a month.”

Visualead also licenses its technology to large brands and enterprises — Alva told me that even though the SMB side of the business has been growing more quickly, he sees the company’s biggest opportunity at the enterprise level.

The new round was led by Kaedan Capital and Entrée Capital. Visualead has now raised a total of $2.35 million.