Solaborate Says WebRTC Will Affect the Future of Communication
Nokia Lumia 1020: How to Leak a Gadget Like a Pro 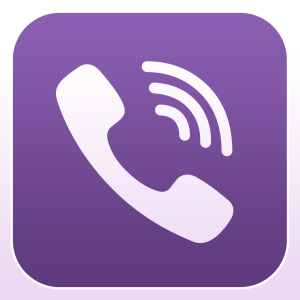 Viber has just pushed an update to two of its newest versions of the app, Desktop and Windows Phone 8. If you’ll recall, Viber launched a desktop version of the app back in May that let users message and take calls straight from their computer.

This update brings integration with the Windows Phone app, to let users switch calls from their phone to the desktop and vice versa mid-call, just as iOS and Android users currently enjoy.

But it’s not only about communication. Viber is also migrating stickers and emoticons to the platforms. Plus, users will be able to see who is “typing”, as well as enjoy better pop-up notifications and a revamped conversations list. And if that weren’t enough, Viber users on the Windows Phone platform and/or desktop will also receive group messaging with the update.

Viber announced recently that it had surpassed the 200 million user mark, and has today revealed that over 500,000 users download the Windows Phone version of the app every month.

Though the Windows Phone 8 version of the app is specifically tailored for that platform, with live tile integration and native call screen support, the app only accounted for 2 percent of Viber’s user base back in April. We don’t exactly have figures from the period between April and now considering platform market share for Viber, but the 500k/month figure seems to show promise not only for Viber on Windows Phone but Windows Phone in general.

And moreover, Viber seems to have no qualms about extending to platforms that are either dying or not leaders in market share. Remember, Viber is also available onBada, S40, BlackBerry and Symbian. This is because Viber’s free calling and messaging platform is aimed at users with international connections, and though some of these platforms may not be popular in the U.S., they certainly are still going somewhat strong in other countries.

And with a powerful, huge userbase, Viber can start pushing into new territories. TechCrunch confirmed exclusively that the company is running a very limited test to disrupt the traditional international telephony market by becoming a “call terminator.”

This means that Viber would step in to complete an international call through the Viber app, and take a termination fee from international carriers who originally sent the call. It’s a revenue stream that keeps Viber’s initial promise in tact — free messaging and calls for everyone — a promise that CEO Talmon Marco promises will remain true.