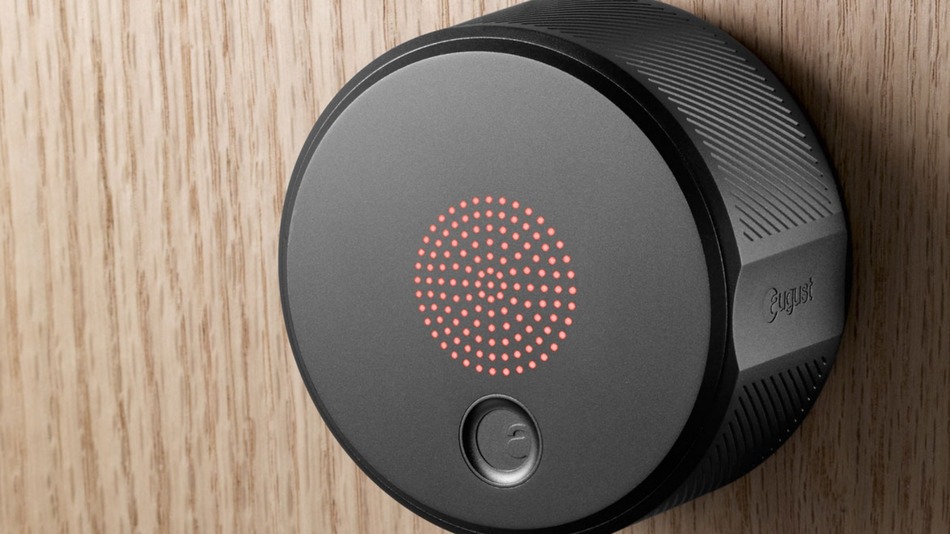 If you’ve ever wondered why you can unlock your car by pressing a button, but still have to fumble for your metal keys to get in your house, then the August Smart Lock might be for you.

The $199 device, which will go on sale later this year, lets you secure your door over the Internet. Using August you can bar unwanted visitors and give access to friends and relatives — even for a short period. The base station attaches to your door and attaches to your deadbolt. The company claims the deadbolt adapters and faceplates accommodate 90% of locks on the market. There’s also no wiring to worry about — the device uses standard batteries.

On the software side, the August lock uses Bluetooth to connect to an iOS and Android app. Using the app you can issue encrypted “keys” to anyone you’d like to give access to.

August, which was created by Jason Johnson and industrial designer Yves Behar, is not the first lock on the market that interacts with your smartphone — Kwikset’s Kevo also uses Bluetooth to connect to your iPhone 4S or iPhone 5. However, August’s sleek design may woo some of the consumers who opted for Nest, another stylish update to a boring household fixture, the thermostat.

What do you think? Would you buy the August Smart Lock? Let us know in the comments.