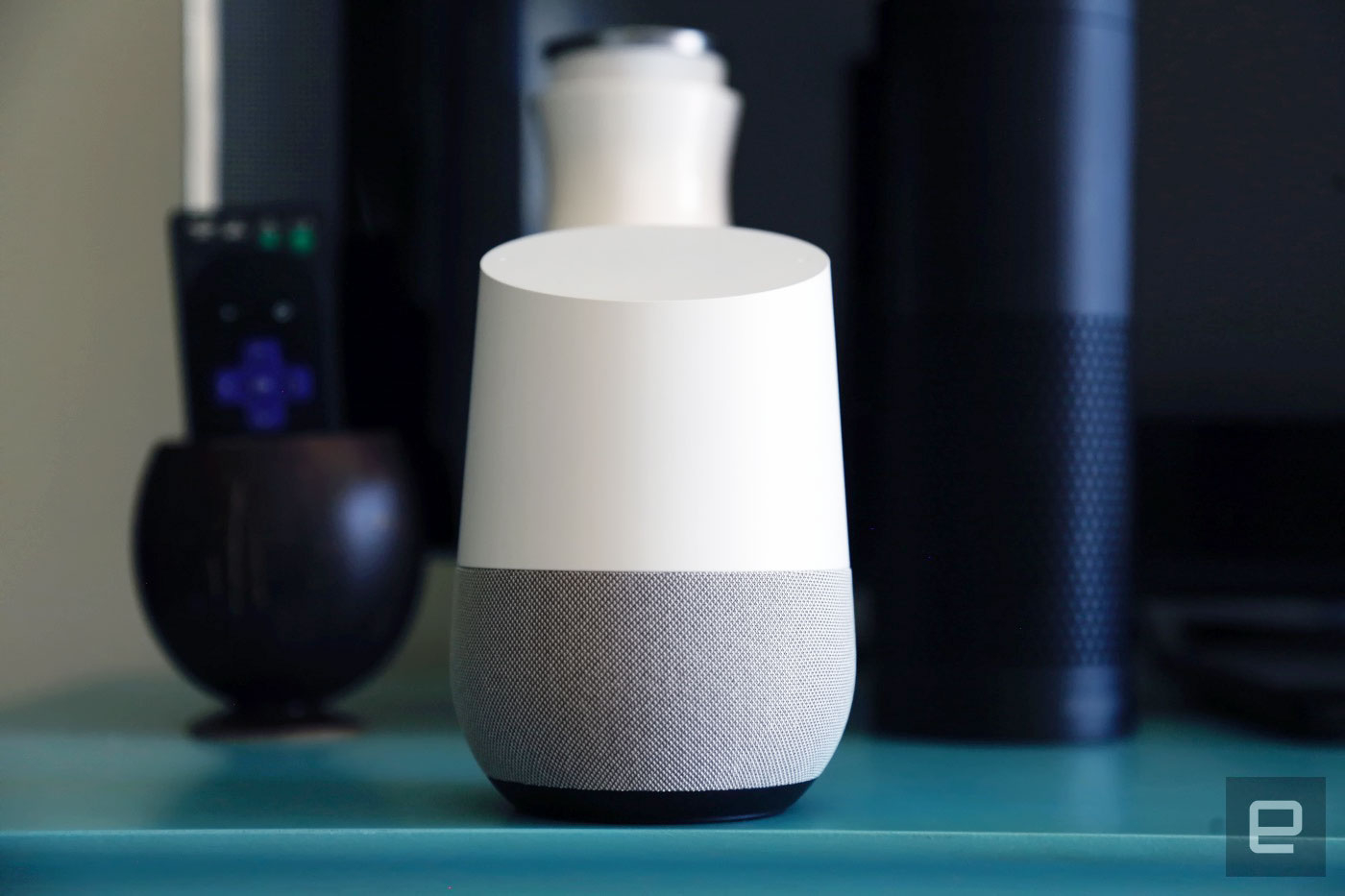 Google wants its Home speaker and virtual assistant to make you forget about Alexa. To do so, the device will need to add a bunch of new features to catch up to Amazon’s gadget. Just in time for your holiday binge watching, the company has added voice controls for Netflix. There’s one big caveat though: You’ll need to have a Chromecast connected to Home for your spoken commands to work.

If you meet that criteria, saying “OK Google, play The Crown from Netflix on my TV” or “OK Google, play White Christmas on Netflix on my TV” will begin streaming your show or movie of choice. You can also use spoken cues like “Pause this episode” to control playback when you need to grab a snack. Google says the ability to link your Netflix account to Google Home is available now in the speaker’s app for iOS and will arrive inside the Android version later this week.

Also using a connected Chromecast, Google Home can now display images from your Google Photos library on your television. Again, a simple voice command will sort out the task. Say something like “OK Google, show my photos of Joshua Tree on my TV” and you’ll be telling the stories from your vacation pictures in no time.

To keep you in the holiday spirit, Home will play Christmas music from your streaming service of choice when you give the command. “OK Google, play Christmas music” will queue up tunes from Google Play Music, Spotify, Pandora or YouTube Music. The speaker will also keep you up to date on Santa’s location next week with a little help from Google Maps. As you might expect, that info is accessible with by asking the connected device a question as well.