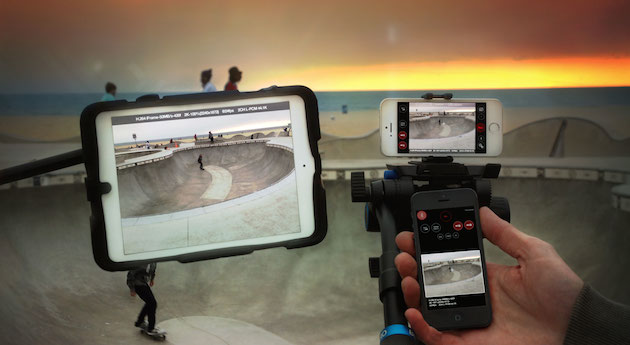 While Sony and Samsung are busy making phones with 4K recording capabilities, one developer has worked its pixel magic to get more from iPhone cameras. Ultrakam is the first iOS app capable of recording “2K” resolution with a film-like 24p frame rate, letting iPhone 5s owners shoot 2240 x 1672 pixel video (around 75 percent more pixels than regular HD) to output higher-quality footage than the default camera app. There’s support for the iPhone 5 and 5c, as well as the the iPad mini and iPad with Retina display, but the app is limited to high-definition and “2K” at 20fps on less-equipped devices.

Including an array of settings and various shooting modes that allow you to record higher bit-rate video and audio, with a minute of footage consuming up to 3GB of storage on max settings (expect that 64GB iPhone 5s to fill up fast), Ultrakam is primarily aimed at filmmakers. However, there’s plenty of neat features for regular users to show off their talent. It offers slow motion video, but again the iPhone 5s has all the fun, as it supports slow motion capture at 120fps over the iPhone 5’s 60fps. You can slow down your recordings by up to 10x if you choose the lowest preset. The app also supports timelapse shooting, offering custom configurations that will snap high resolution photos at set intervals, combining them to output a high-quality landscape. Once you’ve shot your footage, Ultrakam’s built-in player and editing tools let you play video, generate stills, color correct and share them with ease. Ultrakam is available on the App Store for $6.99 — a little more costly than your regular camera app, but the extra quality and advanced features may justify the price.