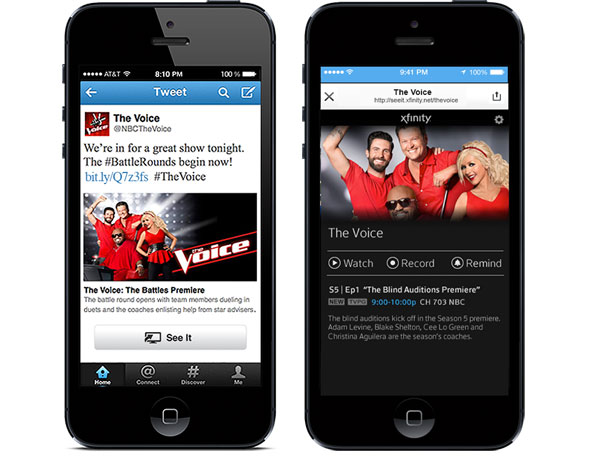 Twitter’s making a broader push into your TV room — if you’re a Comcast cable subscriber, that is. The cabler’s just inked a deal with Twitter that should see the addition of a “See It” button appear on tweets pertaining to NBCUniversal programming later this fall. According to AllThingsD, the initiative should work something like this: say you’re browsing your feed and come across a tweet about “The Michael J. Fox Show” (if it survives long enough), there’ll be an associated “See It” button that, when clicked, will take you to a card with more detailed information and, crucially, the ability to DVR or watch the program on TV or online.

Beyond just TV shows, the partnership will also allow Twitter users to set reminders for upcoming programs and even purchase movie tickets on Fandango — all options made accessible by the “See It” button. The specifics of the deal haven’t been fully disclosed, so it’s not clear which shows will enjoy the “See It” button promotion, but other cablers and TV networks could soon be participating as well. Twitter intends for this unique strategy to spread across content providers, bridging your social networking life and all its real-time buzz with your TV consumption habits. 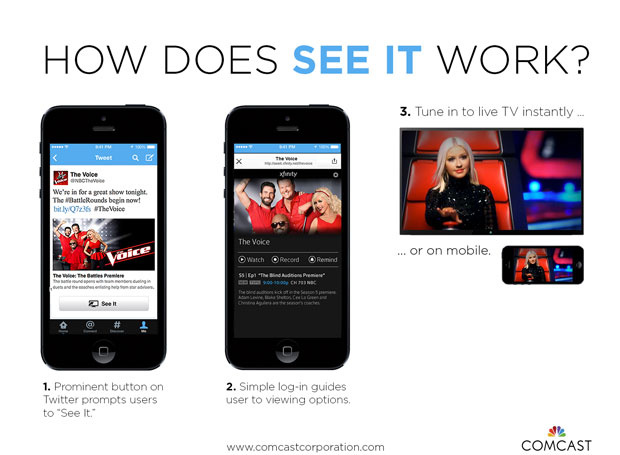