Android Users: Facebook Wants You to Test Its Latest App
Firefox gets a new logo, rolls out desktop and Android Beta updates 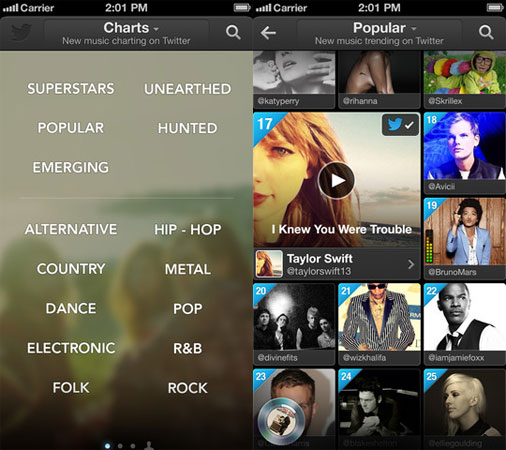 Twitter’s still tweaking its #Music app for iOS, currently the only mobile platform that’s privy to the discovery service. Previously, users could only toggle through four categories (i.e., Popular, Emerging, Suggested and #NowPlaying) to stumble upon artists and tracks of interest. But as of today, Twitter’s updating the app’s filter, adding genres, like Metal, Country, Dance and all the predictably labeled rest to Charts so you can “get hip-hoppy” (it’s in the changelog) or get your Bieb on or make jazz hands to the sounds of that Rihanna. The new version 1.1 update also lets users now authenticate Rdio from within the app — no more linking out to Safari — and irons out some known bugs, too. If you’ve already downloaded the app, then just sit back and wait for it to update. First timers can head to the source below for to test out the Twitter-made music assist.