Four days before the municipal elections, the Turkish strongman has blocked Twitter and banned YouTube after corruption allegations surfaced on the two social media platforms.

Here are some of Erdoğan’s best quotes about social media — from the “scourge” that is Twitter, to the case of the “smeared housewife.” 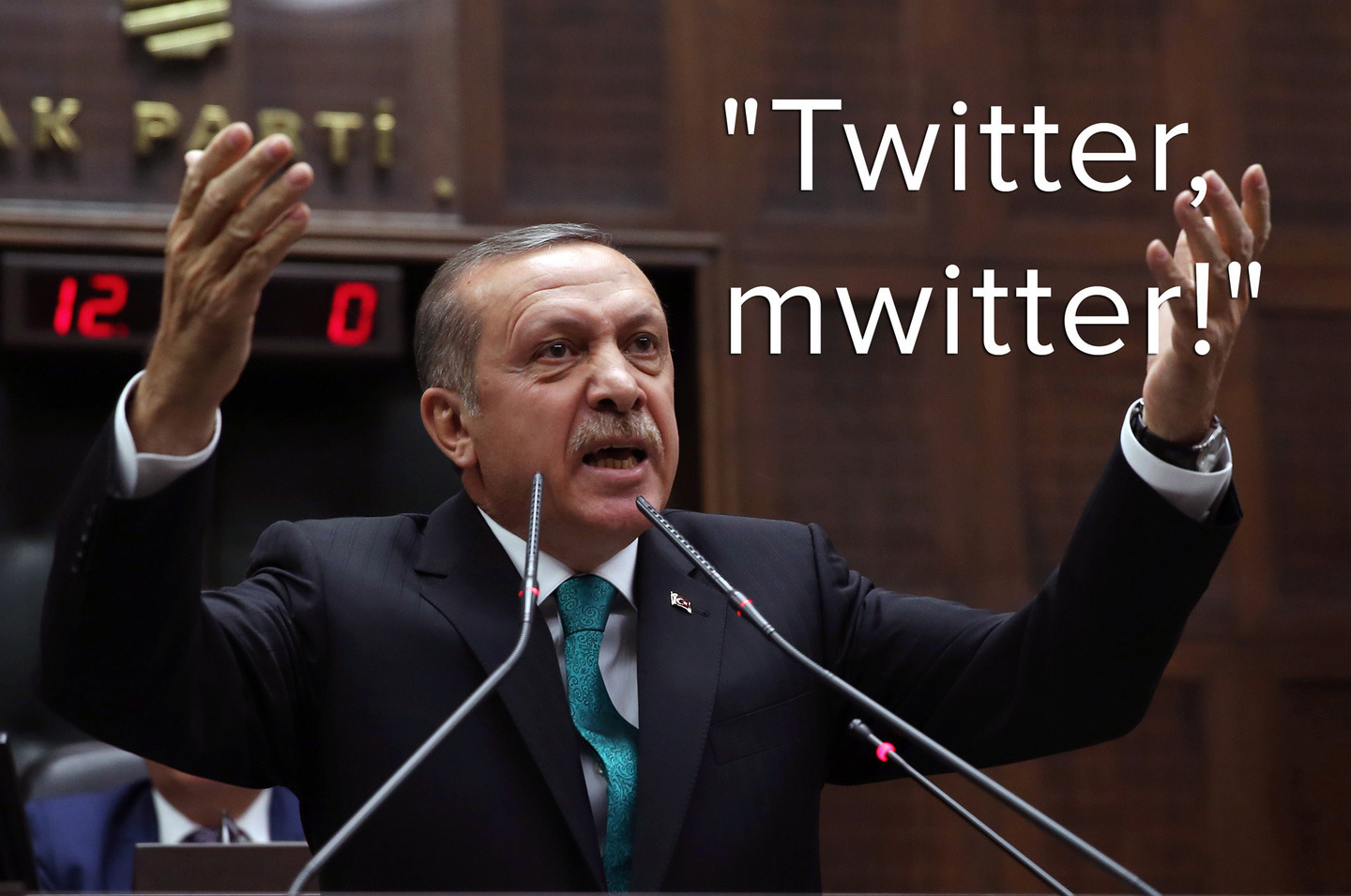 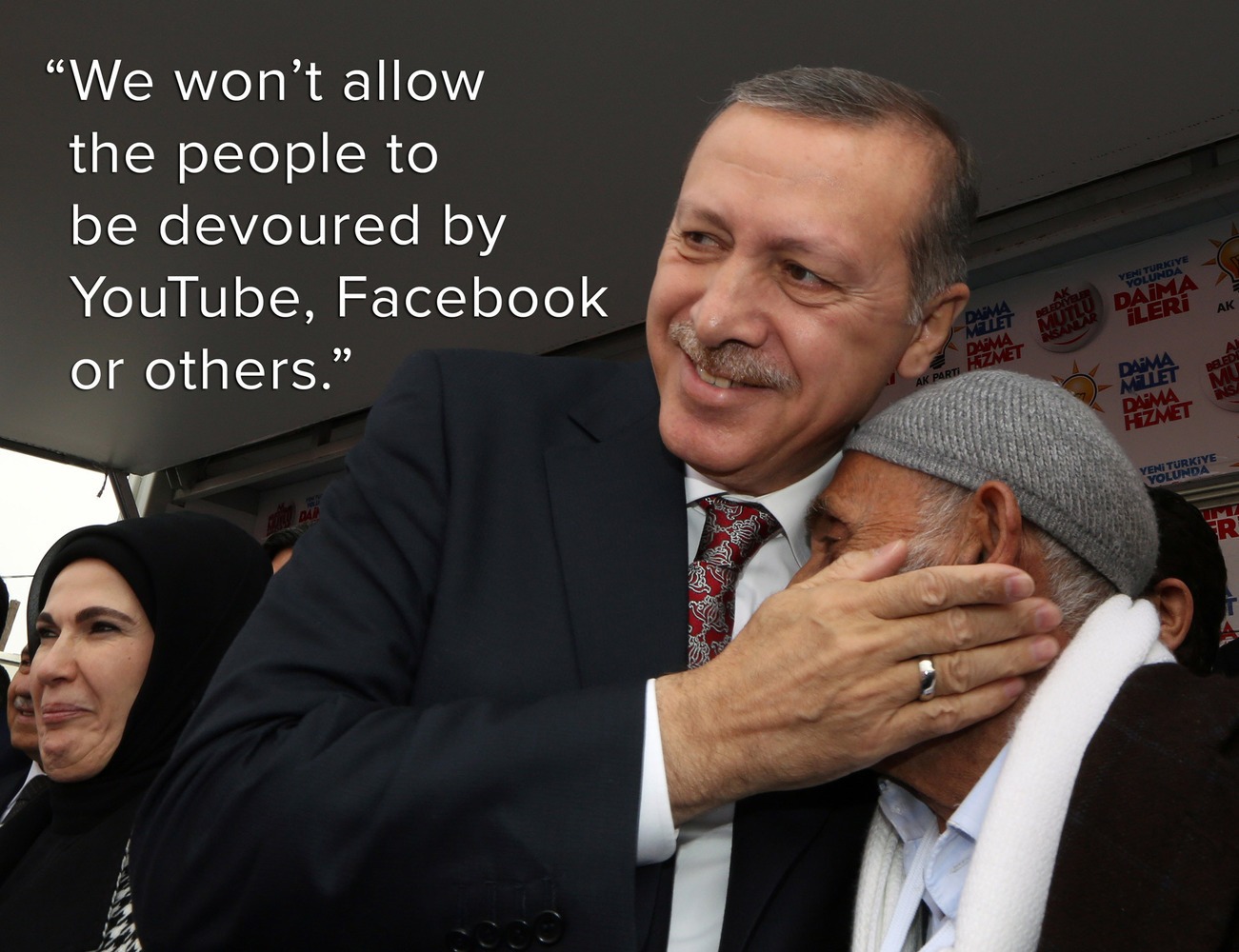 “We won’t allow the people to be devoured by YouTube, Facebook or others,” Erdoğan said on March 21, 2014. 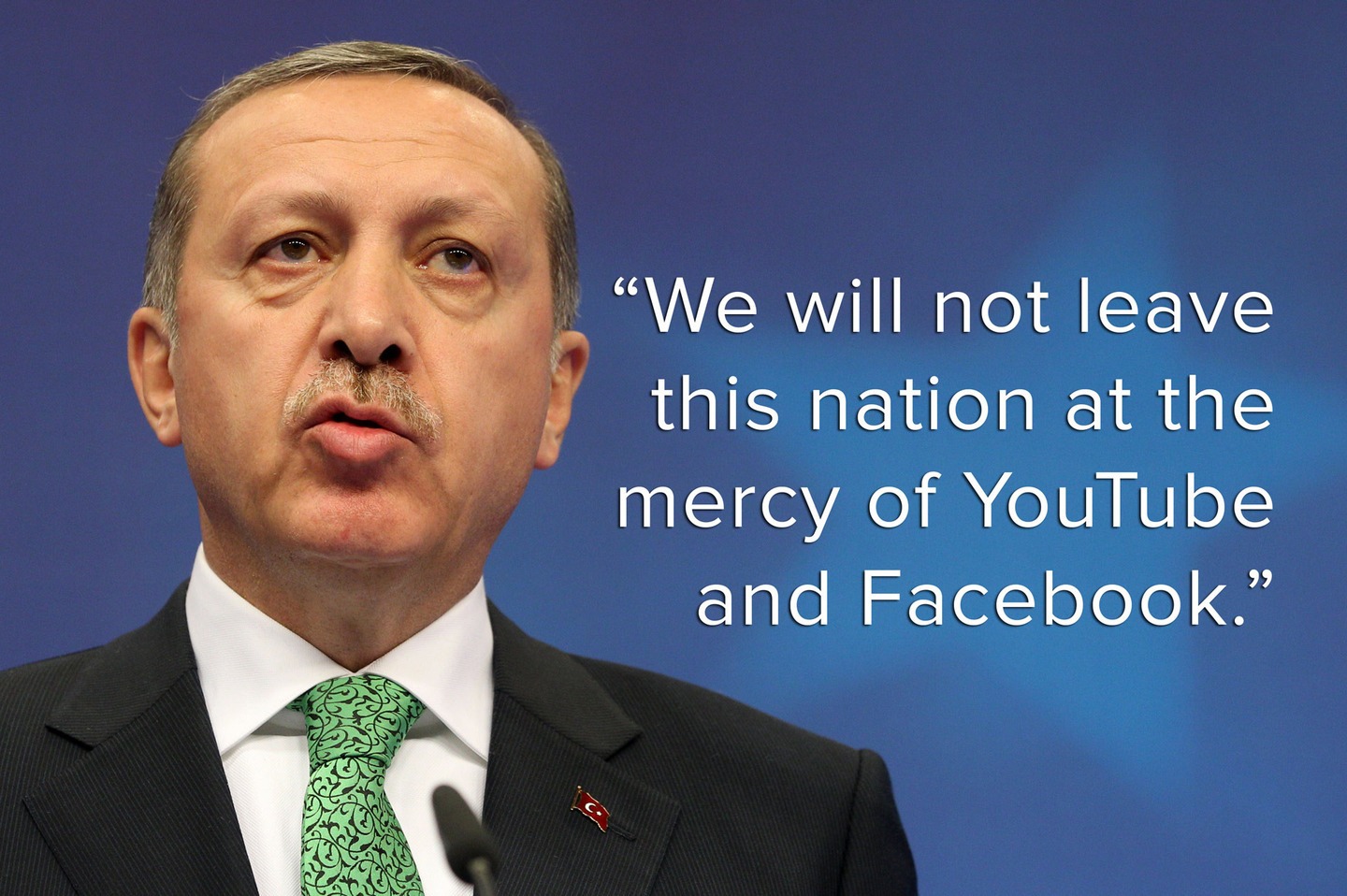 “We will not leave this nation at the mercy of YouTube and Facebook,” Erdoğan said on March 7, 2014. 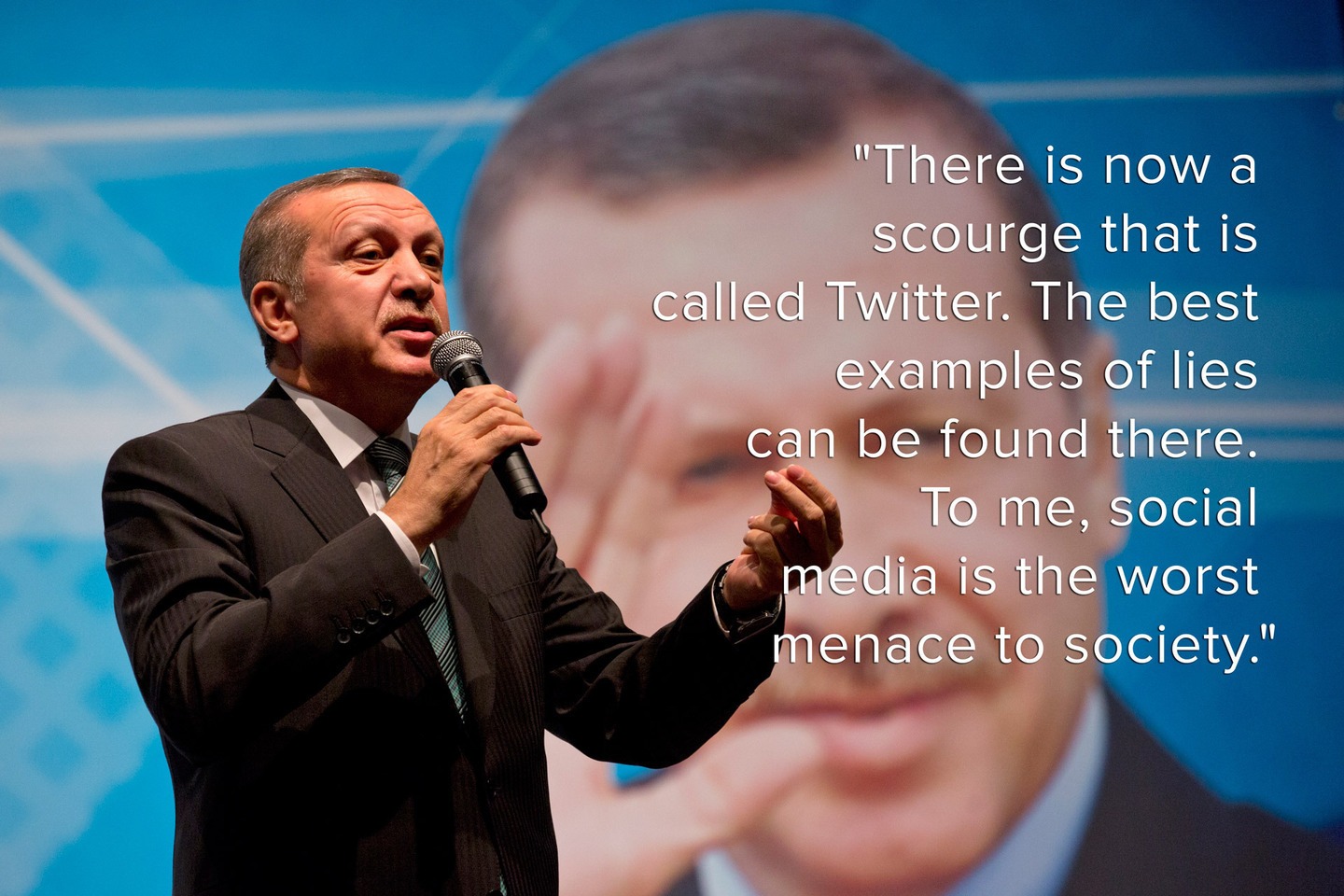 “There is now a scourge that is called Twitter,” Erdoğan said on June 2. “The best examples of lies can be found there. To me, social media is the worst menace to society.”

The Case of the “Smeared Housewife” 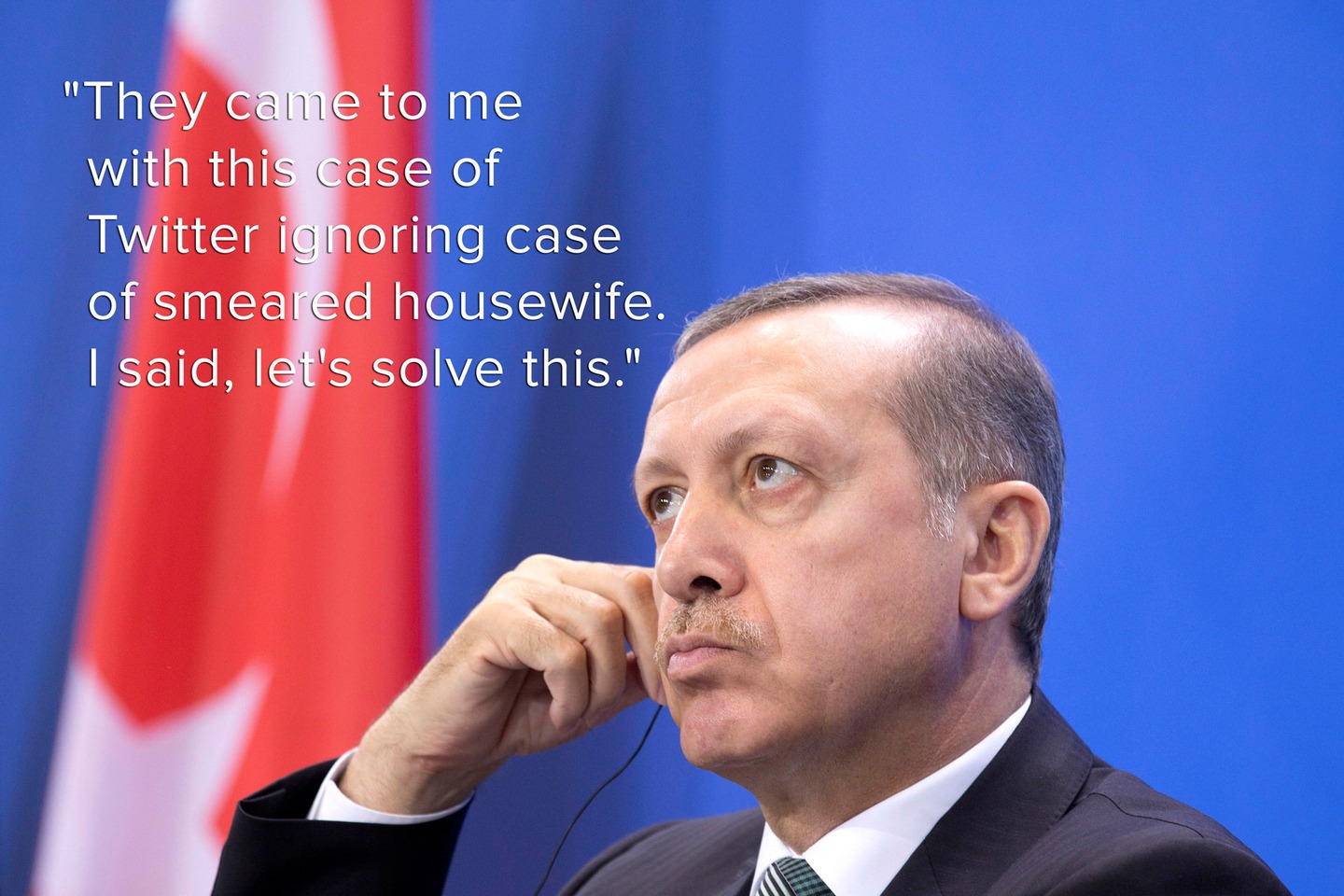 “They came to me with this case of Twitter ignoring case of smeared housewife,” Erdoğan said according to Zeynep Tufekci, who tweeted the remark. “I said, let’s solve this.”

“All Kinds of Lies” 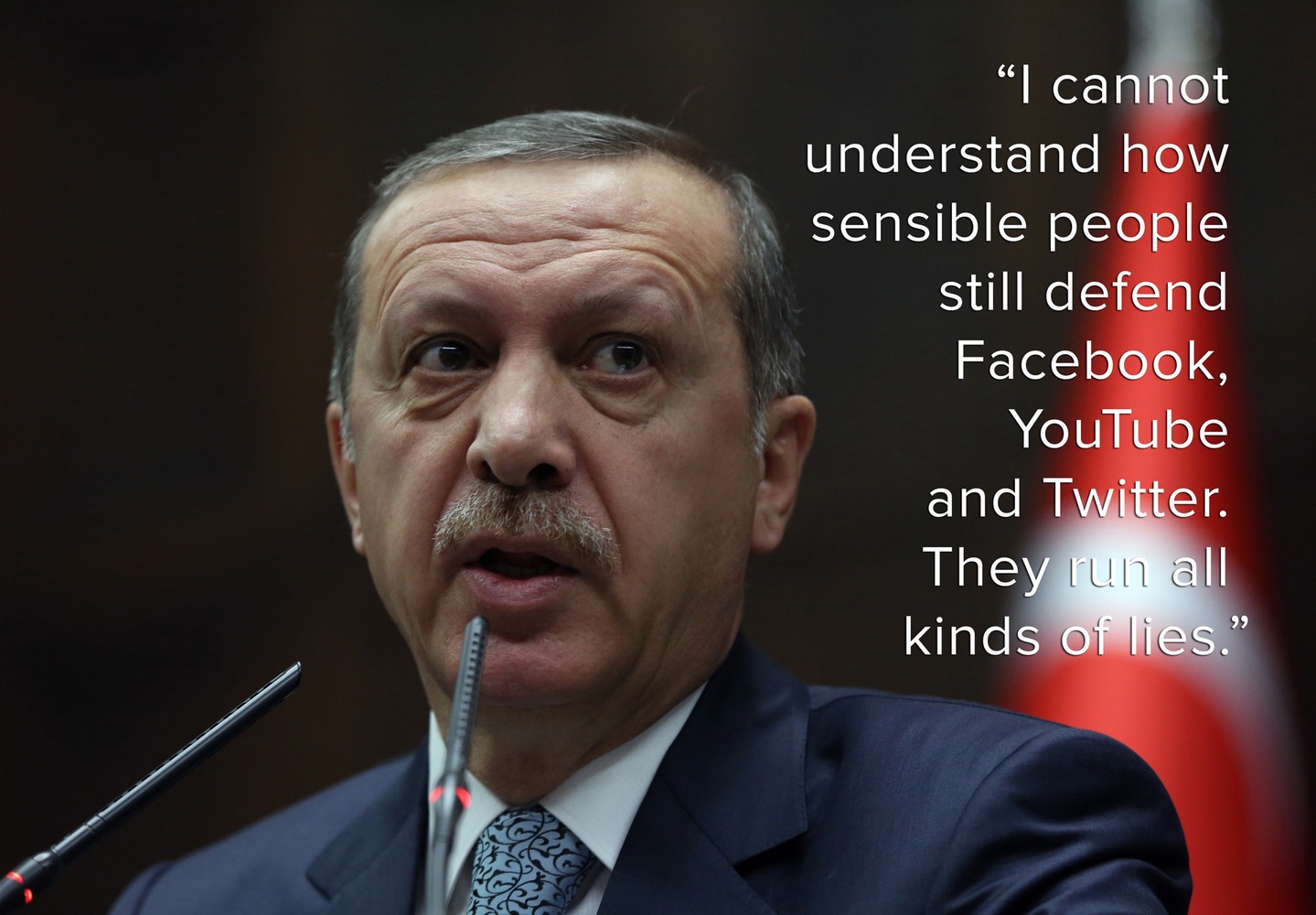 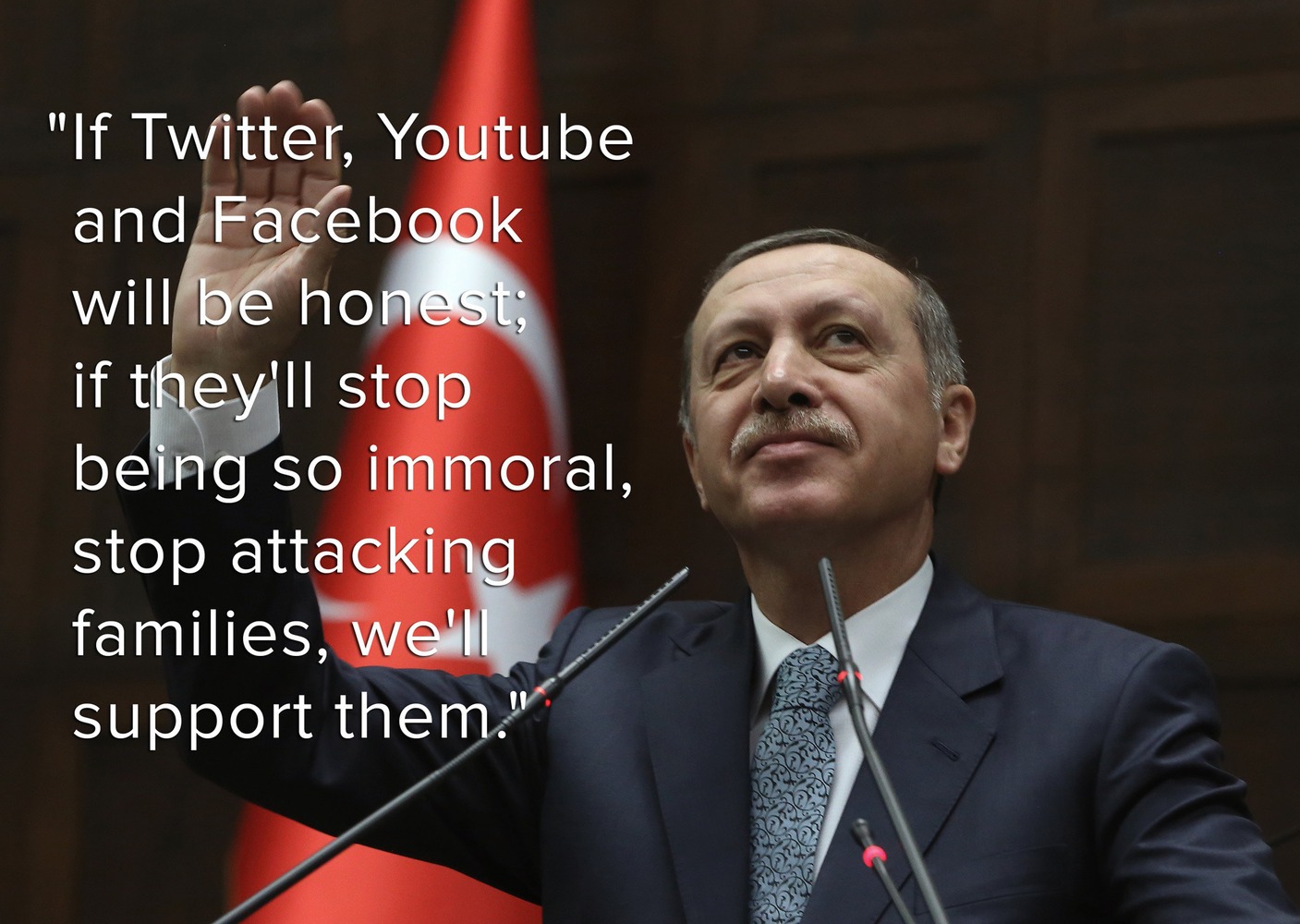 “If Twitter, Youtube & Facebook will be honest; if they’ll stop being so immoral, stop attacking families, we’ll support them,” Erdoğan promised according to Zeynep Tufekci, who tweeted the remark March 23.

“Turkey is Not a Banana Republic” 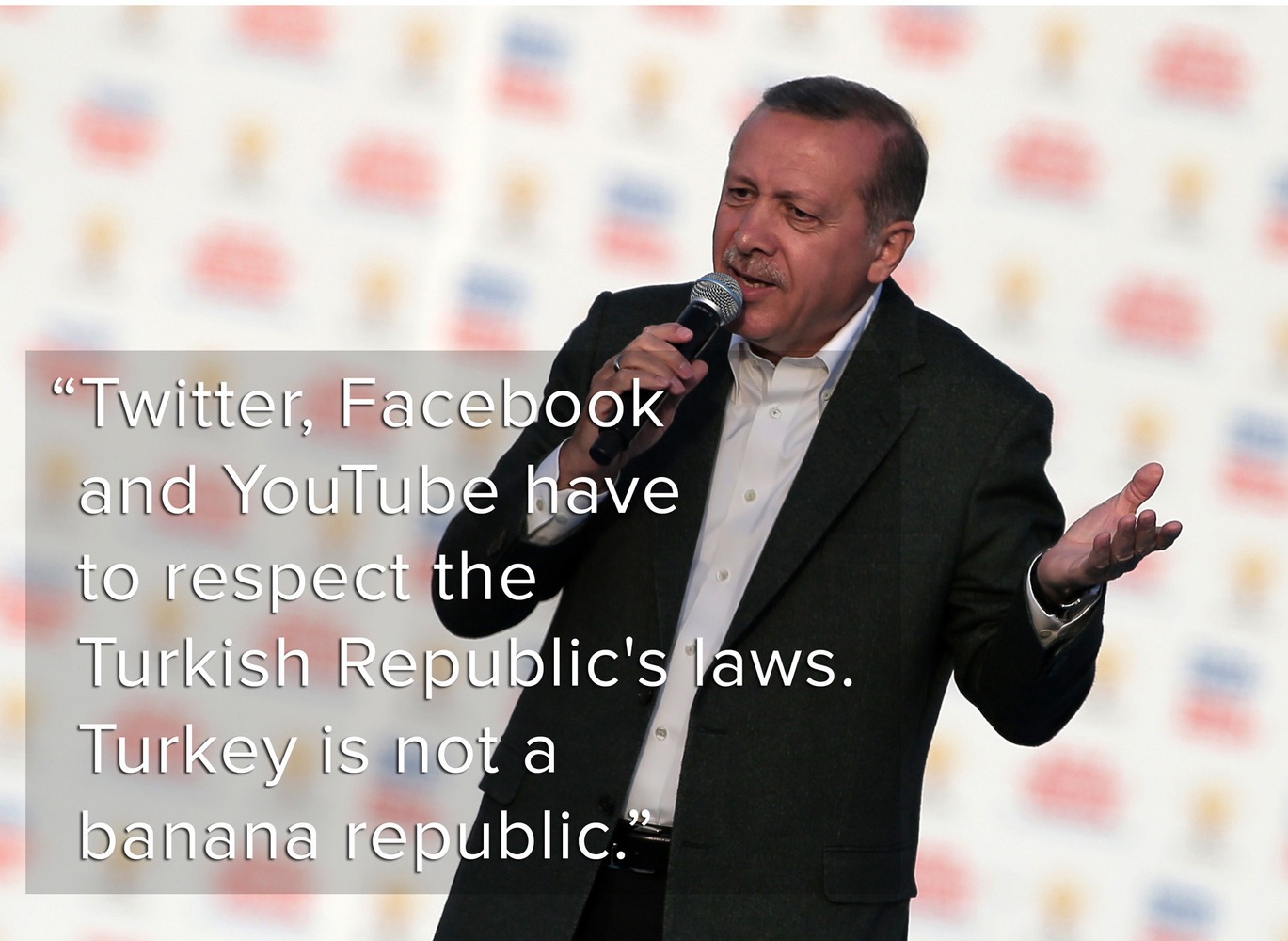 “Twitter, Facebook and YouTube have to respect the Turkish Republic’s laws,” Erdoğan said on March 30 at a rally ahead of the country’s elections. “Turkey is not a banana republic.” 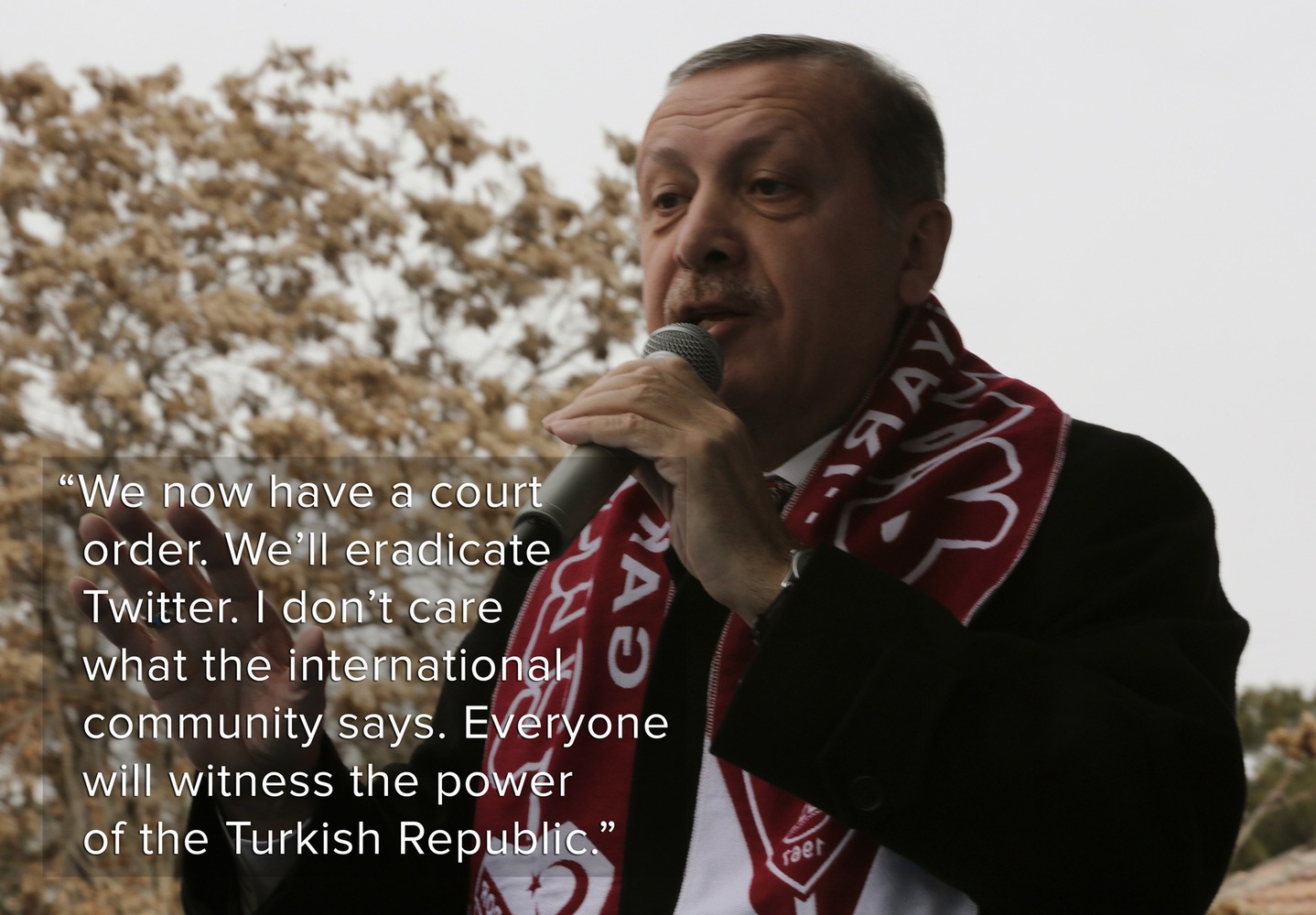 “We now have a court order,” Erdoğan said of his decision to block Twitter on March 23. “We’ll eradicate Twitter. I don’t care what the international community says. Everyone will witness the power of the Turkish Republic.”