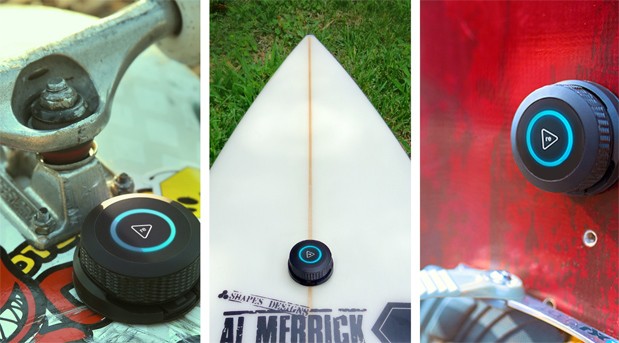 If you land a kickflip and no one’s around to watch, did it really happen in the first place? Should ActiveReplay secure its $150,000 Kickstarter goal, skaters may never have to grapple with such existential crises again. The company, which includes a number of fairly impressive pedigrees like the former CTO of Magellan, is looking to bring a new action sports tracker to market. Trace is sort of a pedometer for skaters, surfers and snowboarders, clipping to a mount on the bottom of your board and collecting data via nine-axis inertial sensors. The info collected is transmitted via the module’s built-in Bluetooth 4.0, allowing you to share tricks and other metrics via sites like Facebook and Twitter. Still need some convincing? There’s a Kickstarter pitch video after the break.