9 Ways Social Media Marketing Will Change in 2014
For First Time Ever, 1 Billion Smartphones Shipped in One Year 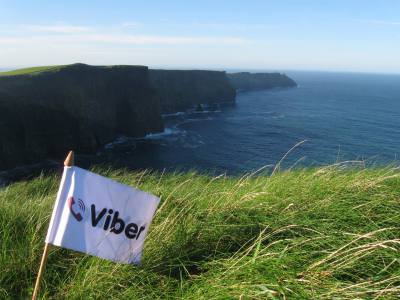 Launching access to downloadable packs of stickers was one of Viber’s earliest moves into monetization, after holding to a longtime guarantee: that voice calls and messaging will be available for free, in some capacity.

The Sticker Market offers access to free stickers, as well as paid sticker packs created by Viber and/or artists, who can sell stickers through a licensing deal with Viber.

Since launch of the market in November, Viber users have downloaded over 100 million sticker packs, though the company has not disclosed how much revenue has been generated by the market.

Competitors such as Kakao Talk, Line, and WhatsApp have been very successful in their strategy to generate revenue via stickers, so Viber’s fashionably late entrance into the space wasn’t necessarily revolutionary.

The update also brings with it a few added features, such as “seen” status after messages have been viewed, “last online” status, new notification settings and alert noises, and overall better performance out of the app.

This update also comes on the heels of the launch of Viber 4.2 for Android, which includes the ability to block numbers and send up to ten photos at once. iOS users should see this update in the near future, according to the release.

Alongside sticker sales, Viber has also experimented with premium calling to non-Viber users, a feature called Viber Out. The paid service is priced competitively against Skype in most countries, and offers a second way for Viber to leverage its 200 million users.

Viber has gained traction in developing nations, which is why a multi-platform approach is so important to the company. That said, Viber has apps for BlackBerry, Bada, Desktop, and more to ensure that any phone can use Viber’s messaging offering.

To check out the new Windows Phone version of the app, head over here and download.