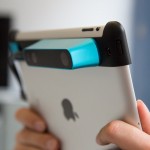 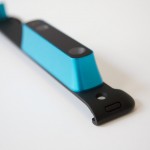 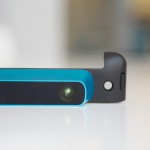 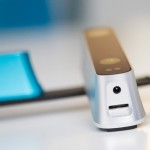 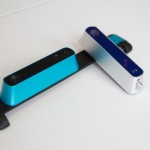 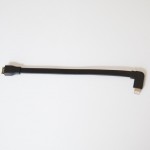 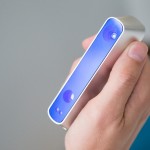 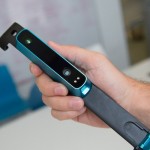 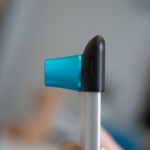 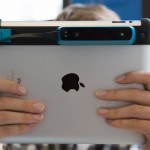 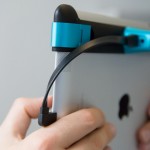 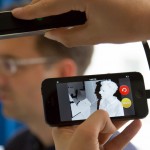 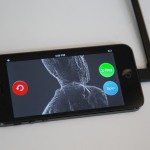 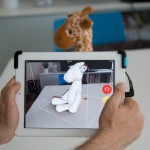 3D printing is an incredible technology, although it requires detailed information about the objects you want to print. For most people, this is a big limitation — it’s not like every phone or tablet has a 3D imaging camera. Enter Occipital.

The Structure Sensor is an oblong metal object that attaches to an iPad with a special bracket. It works with apps specifically designed to use the sensor to scan and capture 3D information about an object or environment. You can use the sensor for a wide range of tasks — from object capture to augmented-reality games.

The sensor can quickly scan an object or room and gather distance and geometry information to create an accurate 3D rendering. Occipital, the company behind the sensor, said its device can “understand” the data it collects, letting users instantly call up wall dimensions, for example. It even makes use of the iPad’s built-in camera.

“Our camera is actually axially aligned with the built-in camera,” said Jeff Powers, the founder of Occipital. “That’s important because we’re fusing the data from those two sensors. We’re also fusing the gyro and accelerometer that’s on board. In the iPad, you kind of have the rest of the story, but it was missing this active 3D sensing.”

The iPad has offered 3D image capture apps in the past, notably Autodesk’s 123D Catch, but Occipital said its specialized sensor is in a different league.

“That stuff’s awesome, but there are some limitations,” Powers said. “One limitation is that if you’re trying to capture geometry of something that doesn’t have texture, like a table, you’re going to have a hard time. When you have a structured light emitter — when you have something that’s actually putting projected texture onto things — you can get perfect geometry.”

I got a little hands-on time with a prototype Structure Sensor in a private demo. It’s a beautiful piece of technology, and the anodized aluminum exterior complements the iPad well. It certainly adds some bulk, but it slips on and off the iPad easily enough, and the corners ensure it stays stable.

During the demo, I saw the sensor capture a 3D rendering of the room, a stuffed doll and my head. It did so quickly; in fact, it was a little eerie to look at a captured animation of my head that I could manipulate with my fingers (see below). 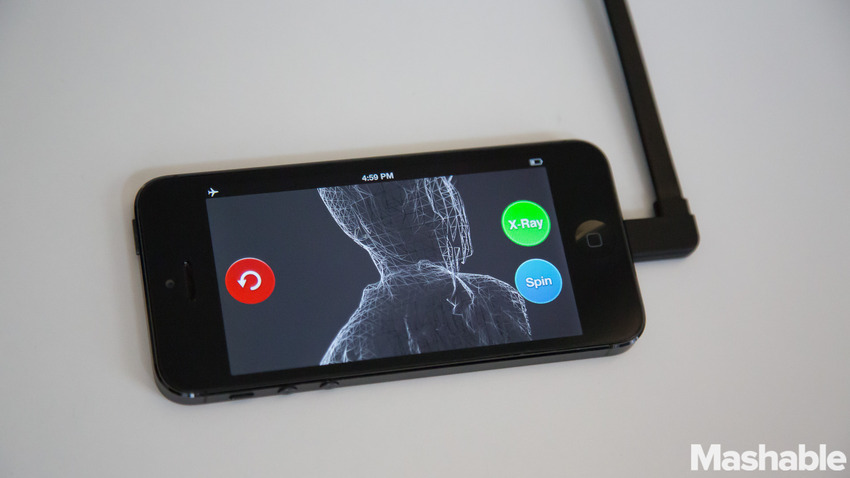 Occipital is building the Structure Sensor as a platform and launching a campaign on Kickstarter today to produce a first wave of sensors before the end of the year. Another wave of sensors is slated for early next year.

The company says it plans to provide both high- and low-level APIs to satisfy 3D dabblers and experts.

“As a developer using this device, this is the new thing you didn’t have, a mobile ‘depth stream,’ essentially,” Power said. “On top of that, we’re building APIs that make it easy for developers who don’t know anything about how to use the depth stream.”

Those who receive the Kickstarter version of the sensor will also get a set of demo apps, including ones for scanning indoor spaces, capturing objects, gaming and even body scanning.

Although the sensor is designed for use with the iPad, Occipital makes it easy to plug it into another device. Developers will have access to open-source drivers for Android and other platforms, and the device ships with both an Apple Lightning connector cable as well as a standard-USB one (however, other devices lose the texture-capturing advantage of axially aligned cameras). Developers can even 3D-print their own brackets.

Occipital is paying special attention to developers because the company itself is one. It creates popular iOS apps such as RedLaser (now owned by eBay) and 360 Panorama. The Structure Sensor is its first foray into hardware.

“We’re really passionate about 3D computer vision, and we wanted to do something harder, better and more intense in terms of an engineering challenge — not just building one app after another,” Powers said.