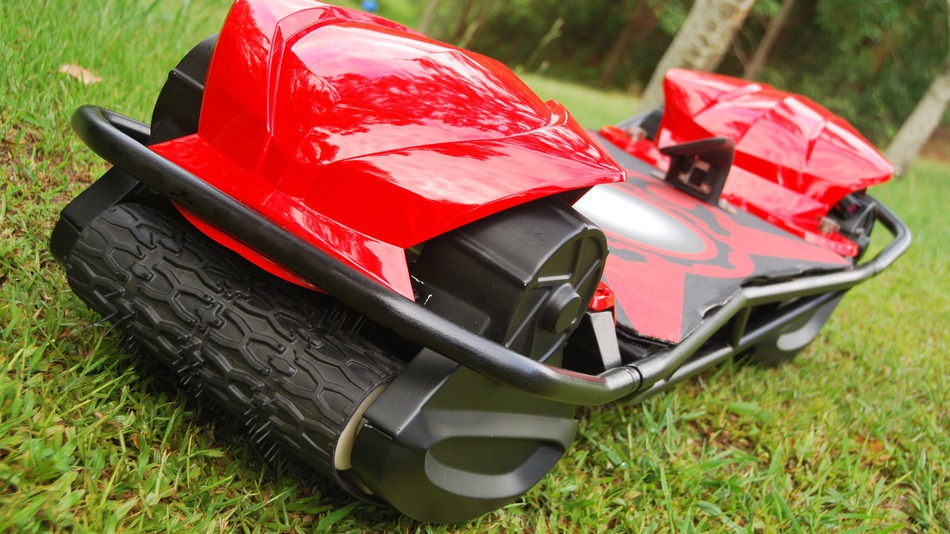 Andrew Fern had no idea what he was in for when he decided to build a new kind of all-terrain vehicle. The idea was simple: Create a new type of skateboard that works on land, make it fast, and give it treads to conquer any terrain. The execution — first shown in this YouTube video — was, in a word, awesome.

The vehicle even had a name befitting its extreme nature: the Scarpar. When the video was first posted back in 2006, it quickly went viral among the rapidly growing field of tech blogs. Many sites wrote about it, and the vast majority that did expressed amazement at the idea (full disclosure: One of those sites was mine).

That was seven years ago. Since then, the Scarpar has been on the verge of release, and the verge of oblivion, several times. Over the course of the Scarpar’s bumpy journey, Fern says the Australian startup spent between $5 and $6 million U.S.D. on the project. Not only has the company had to completely redesign the Scarpar more than once, but it’s actually needed to create entirely new kinds of engineering to build it.

“After seven years, I’m not impatient anymore,” Fern says. “These kinds of projects, I’ve learned, don’t run on time. When you’ve got a complex product with a lot of parts, you’re talking a project that needs millions of dollars in engineering. Just because it’s small relative to a car doesn’t mean it’s not complicated.”

From Concept to Reality

For Fern, it represents the final lap an an at-times excruciatingly long race. When he first met the Scarpar’s inventor, Daniel Baldwin, all that existed was a broken prototype. Baldwin conceived the idea over a decade before, in 1994, but it took him years to scrounge up the money and know-how to actually build the thing.

Fern saw the commercial potential of the Scarpar immediately, and, in a moment that he describes as a “momentary point of insanity,” he decided to create a startup to bring it to market.

What Fern didn’t realize at the time was how large in scope the project would become. Since the Scarpar needs to behave like a snowboard or skateboard, with the rider steering with his feet (working with a handheld controller), it uses treads in a way that no other tracked vehicle does. The two tracks, one in front and one behind, both need to articulate.

That’s fundamentally different than, say, a tank, which has two tracks in parallel. For most treaded vehicles, they simply slow one track down and speed up the other to turn. For the Scarpar, it’s not nearly so simple — both tracks need to turn on a dime. That kind of complexity contributed to the vehicle’s more than 150 custom parts, which took 15,000 man-hours of engineering to create, Fern estimates.

“There isn’t another application I can think of where there are tracks on a vehicle and they’re not parallel to the ground,” Fern says. “There isn’t actually a body of knowledge that tells you how that’s going to behave. In your proof of concept, you take a punt, but there’s no engineering involved. You have to work it out.”

Fern had a team of “Tier 1” automotive engineers develop the physics that the Scarpar desperately needed in order to work. As they unlocked the secrets to how articulated-tread vehicles move, another issue arose: The original plan of using a combustion engine wasn’t going to work. 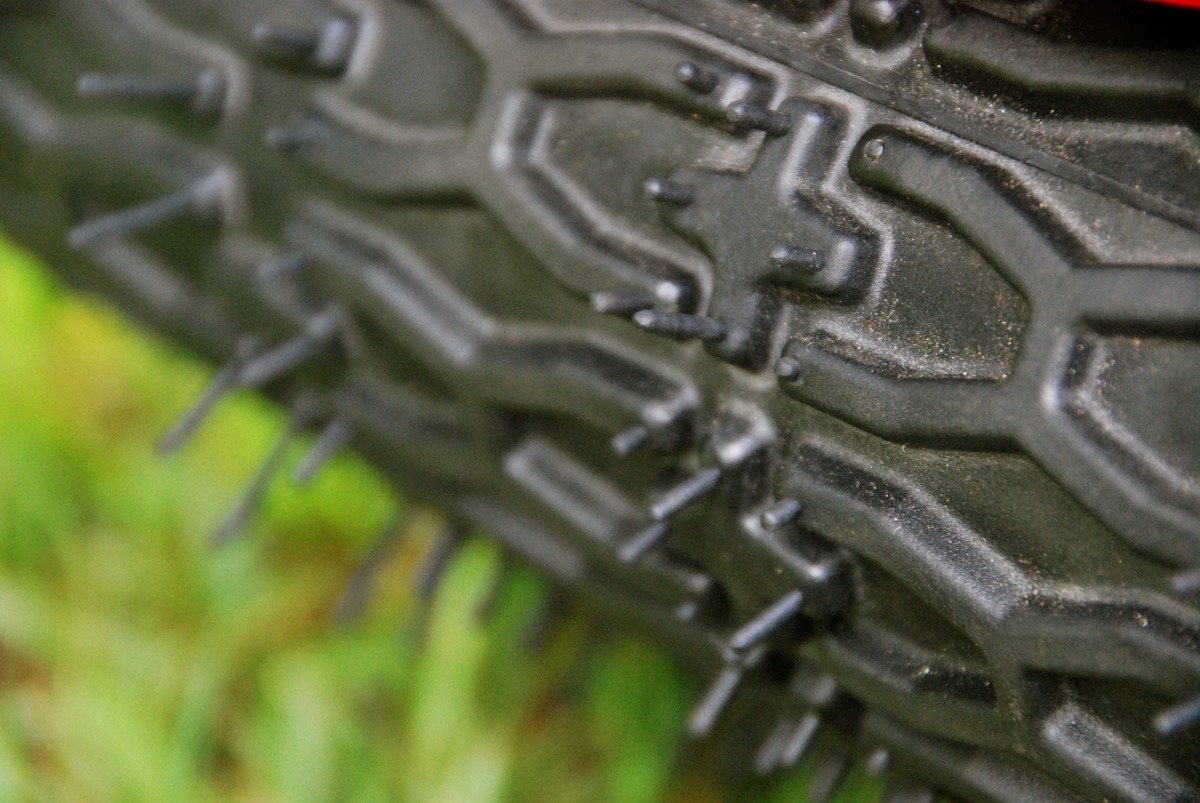 The prototype version of Scarpar used a combustion engine, but Fern’s team soon discovered it made the machine too complex. Having a single motor in the middle driving the two articulating tracks meant it couldn’t use conventional engine belts because the distance between the motor and the tracks would be constantly changing. The problem was solvable, but the cost of the Scarpar could have risen as high as $10,000 each. A big motor in the center also gave the rider an odd stance.

So Fern went electric, and the current Scarpar design uses a battery to power two separate motors for the front and back. The electric solution is actually shows that delays partly worked in the Scarpar’s favor. When the project began in 2006, electric motors weren’t a viable solution, Fern says, but they’ve since dropped in price and improved in performance.

A battery-powered design, however, meant compromising on perhaps the thing that matters most to riders: run time. The Scarpar’s battery runs for just an hour when it’s “ridden like it would be ridden,” Fern says. Is that enough?

“When you go snowboarding, you might go for eight hours, but you don’t snowboard for eight hours,” he says “You spend a lot of time on lifts and in between. It’s quite a substantial piece of equipment — it requires effort to move it around. The runtime will give most people a pretty good workout.”

Fern also notes that the battery can be quickly swapped out, although extra batteries will obviously add to the cost.

One thing going electric didn’t affect was speed, since electrical motors can deliver plenty of torque. In fact, from the start, speed was an issue for the opposite reason: The engineers didn’t dare design the Scarpar to go too fast, since riding over land, with its many obstacles, is potentially a lot more dangerous than, say, snowboarding.

With safety in mind, Fern’s team chose to cap the Scarpar’s top speed at 32 mph (50 km/h). Darren Powell, who holds the world record for the fastest speed on a snowboard at 126.4 mph, does test riding for Scarpar, and Fern chose the upper limit after consulting him.

Although Fern and others have invested millions into the Scarpar, he says the project has been “almost dead” over 100 times. As with most startups, the most recurring problem is money, but the Scarpar has crawled along with a combination of investors, government and corporate grants and a few excited fans who sent in pre-orders.

Since the project began, however, the phenomenon of crowd-funding became much more popular. Fern looked at the idea of turning to a site like Kickstarter or Indiegogo for funding, but he ultimately felt the concept didn’t translate well for a lengthy mechanical-engineering project.

“[Crowd-funding] seems to work well with small products that are not complex,” he says. “Gadgety things go reasonably well, but there’s no evidence that larger projects can easily get funded through them. I also think you expose yourself in some ways to looking like you’re in a bad position when you may not be.”

Instead, Fern pushed forward with traditional streams of funding, even though they had a tendency to dry out on a regular basis. Most recently, the Scarpar appeared to be on the verge of release back in 2011, but empty coffers forced Fern to hit pause so he could fill them up again.

“It’s all about cash,” says Fern. “At the time we ran low on cash, and we just had to bootstrap along until we had more. I don’t think we’ve reinvented ourselves so much as we had to hold our line. There’s nothing other than persistence that gets you there.”

With the success of initial field tests, Fern says he can finally see the destination of the journey he began almost a decade ago. The company is assembling five more prototypes for extensive field trials in August. Then it’ll have 60 days to refine the final design. Fern says he doesn’t expect anything “startling,” and he hopes the first run of production Scarpars will be on sale in time for the holidays.

One of the first customers will be Alex Garnham, who has been waiting for the Scarpar since he heard about it as a high schooler back in 2006. Garnham has been following the project for so long that he was the second person to pre-order the Scarpar after Fern himself. Although Fern says other customers have demanded (and received) their money back, Garnham has kept faith that the Scarpar would see the light of day.

“I was starting get a bit impatient, you might say,” Garnham says. “There were quite a few different release dates. But after talking with them, I felt they were very passionate about getting the project built and I believed that they would do it.”

The final price hasn’t been set, but Fern says it’ll likely be in the $4,500-$5,000 range, which is about $1,000 more than the company originally said it would be (those who pre-ordered will still get it at the initial price). That cost could make the vehicle a tough sell to many people, but Fern is adamant that the Scarpar rider exists, and is hungry for the product.

“I’ve never spoken to a board rider that didn’t get it — that didn’t understand what we were doing and why,” he says. “There’s no doubt in my mind that that market exists. Over time I’ve become more and more certain. We showed it at the New Energy Auto Show in Shanghai about eight months ago — people were blown away by it. They were absolutely stunned.”

Do you think the Scarpar saga is typical of complex engineering projects? And will boardriders buy it? Let us know what you think in the comments. 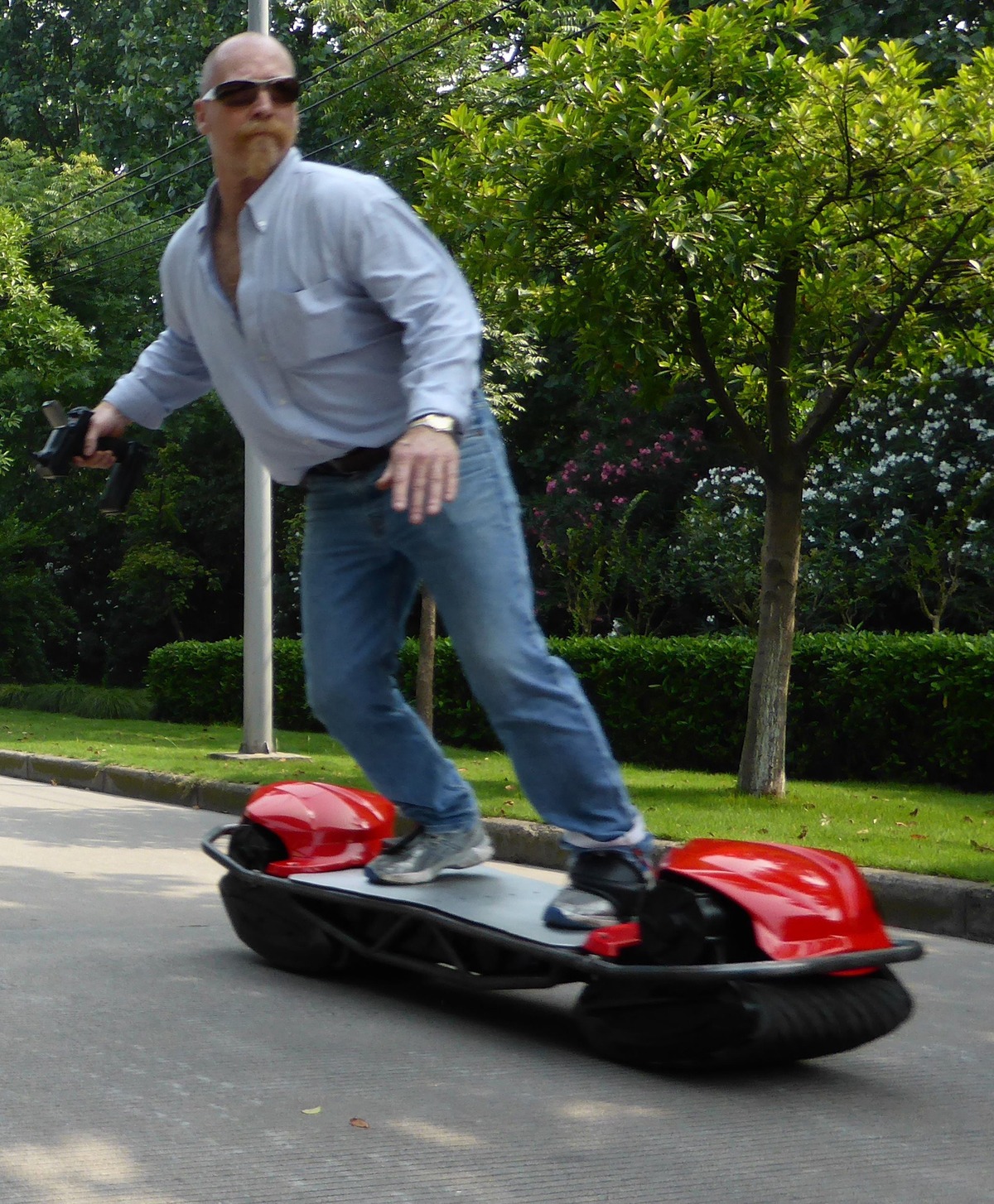