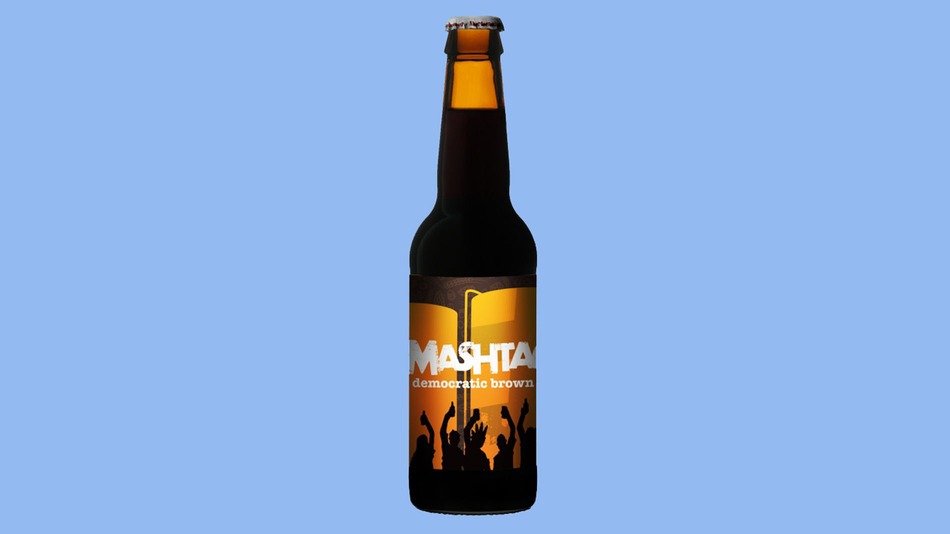 A new beer from UK called #MashTag is the first alcoholic beverage inspired and created by users of social media.

British beer company Brew Dog has launched a drink that came out of fan votes to determine everything from its name and style to alcohol count. #MashTag is a 7.5% American Brown Ale, made with New Zealand hops and aged on hazelnuts and oak chips.

“This project totally handed the keys to the brewery over to our fans and put them in the driving seat,” Sarah Warman, a spokesperson for Brew Dog, told Mashable. “Over the course of a week, we gave our Twitter followers, Facebook fans and blog readers the opportunity to vote to an element of the brew. This gave us an incredible platform to explain the different stages of brewing and show how your choice at that stage influences the final beer you end up with, be it determining the alcohol level, bitterness or style.”

Fans voted on the name from a list of provided suggestions and the company also encouraged fans to design the bottle label. The winning design is featured on the bottle now.

“This is beer for the people, by the people,” Warman said. “As far as we are aware, nothing like this has ever existed before and it takes the online voice of consumers to a new level offline.”

Brew Dog said the name #MashTag comes from the hashtag used to track votes, but the “h” was switched with an “m” to represent the “mash” (or first) phase of brewing.

“In terms of getting the word out, it was a very organic project,” Warman added. “We have a lot of incredibly vocal fans on social media and they always get heavily involved with our activity.”

You can purchase #MashTag by the bottle or six pack online by clicking here.