Instagram for iOS gets landscape mode, Cinema stabilization support for front-facing cameras
3D-Printed Spiderbot Is Stuff of Dreams and Nightmares 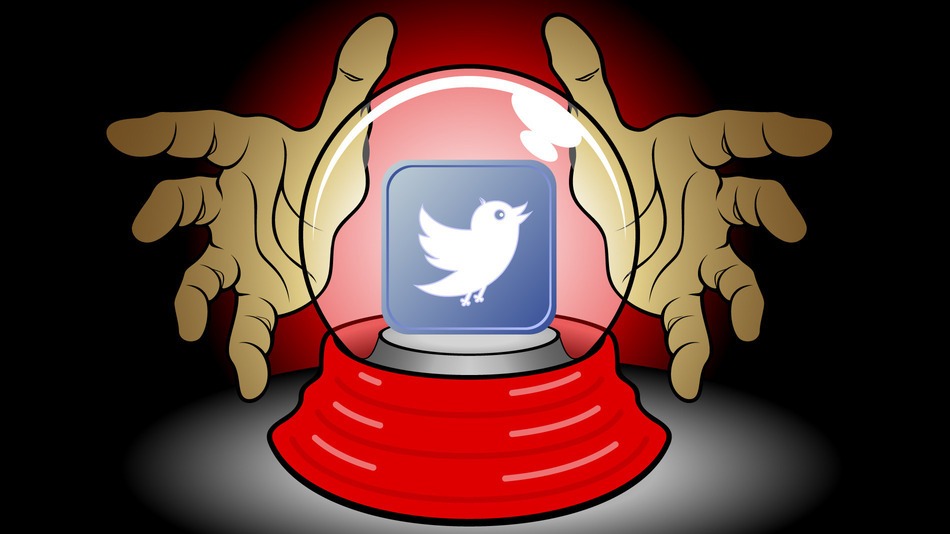 Three university researchers have come up with a model they suggest can predict how popular a tweet will be.

This formula doesn’t look at the content of a tweet, but focuses on the behavior of people and retweets on Twitter. “I can’t tell you what kind of tweet is going to be big, but I can tell you the minutes of which one [tweet] is going to be big,” Tauhid Zaman, assistant professor at the MIT Sloan School of Management, told Mashable.

Zaman, along with Emily Fox at the University of Washington and Eric Bradlow at the Wharton School of the University of Pennsylvania, came up with a model that’s demoed online, nicknamed “Twouija.” Twouija is a play on words between Twitter and a Ouija board, a game where you try to predict the future.

“But what’s relatively consistent between people on Twitter is the fraction of retweets you get after a fixed amount of time,” Zaman said.

They found during the 10 minutes after a tweet is sent a famous tweeter and an unknown blogger, for example, might get roughly the same fraction of retweets (on average 50%) of the total number of retweets that tweet will ever get. This works on the assumption that Twitter is an ephemeral experience: tweets get popular and then they die out.

“What happens in the first couple of minutes potentially informs you about what’s going to happen the rest of the day,” Zaman said.

Famous tweeter gets 125 retweets in 10 minutes; could eventually have about 250 retweets = 50%

Unknown blogger gets three retweets in 10 minutes; could eventually have about six retweets = 50%

Zaman said this popularity of tweets model, called a “log normal distribution” in math jargon, works since people behave consistently: “It’s very remarkable. It’s like people at very different levels of popularity — the way people respond to them, like the fraction of retweets they get after a fixed amount of time, is very consistent.” 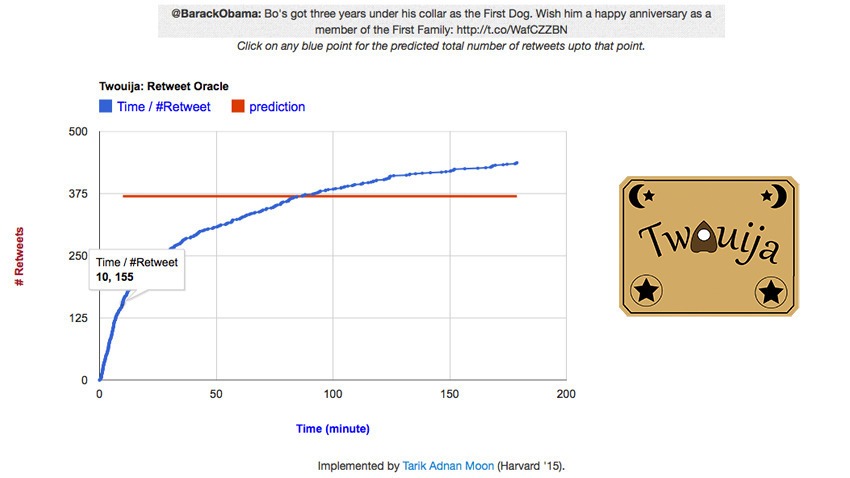 What This Could Mean

This model can help social media users get better content shown to them on their timelines on social media sites, Zaman told Mashable. That’s because he explained with Twitter, if you’re following a lot of people and an important tweet gets pushed down your stream, you could miss it. He said social timelines could be ranked by surfacing popular content that is newer.

“You can actually build a system that ranks your content on your timeline based upon these two metrics of eventual popularity … and how old it (a tweet) is right now,” Zaman said.

He also said this model has potential to spur “micro-advertising.” Little advertisements could be placed with a person’s social media content, since this model quantifies how many people might see that content.

“Instead of paying big celebrities, you could pay … less popular people less amount of money, but then reach a known number of eyeballs,” he said.

Last year, different researchers at MIT revealed they figured out how to predict topics trending on Twitter, in a way they claimed was faster than Twitter’s own equation.