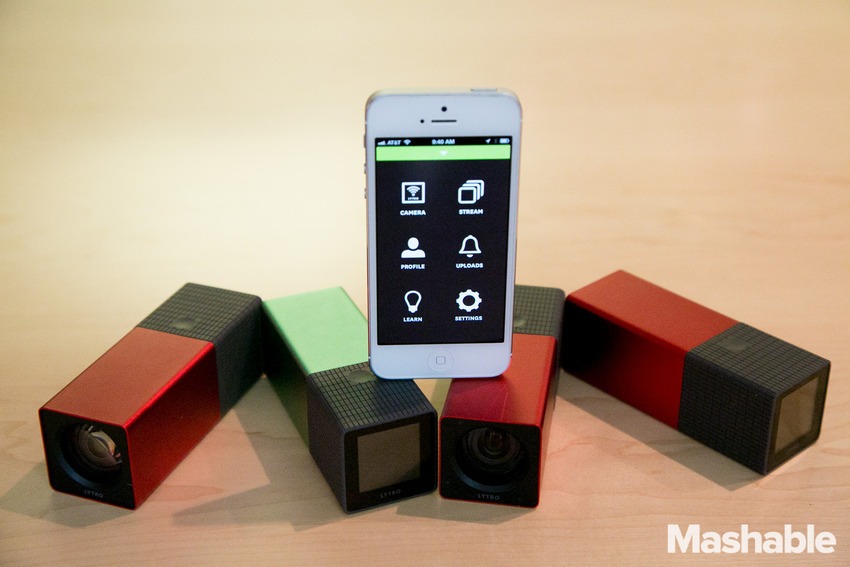 With a firmware upgrade that activates Wi-Fi and a new app in the iOS App Store, the Lytro camera becomes a connected device. Now you can share “living” pictures whenever and wherever you take them.

Thanks to its refocusing ability, the Lytro camera does things no other camera can do, but it also lacks a way to quickly share its “living” photos. That is, until today. With a free firmware upgrade, Lytro owners can activate the Wi-Fi chip that’s been dormant in their cameras, which works with a new app arriving Wednesday in the iOS App Store.

Now that the Lytro’s wireless is fully armed and operational, users will be able to immediately share their light-field photos — which until now were only accessible once the user connected the camera to a PC or Mac. With the app, users can transfer photos to Lytro.com immediately, and sharing is a couple of taps away.

The app has its own social aspect — an Instagram-like stream. Although users can’t follow other users (yet), the stream shows pics Lytro users have uploaded and shared publicly (on Lytro.com). Rather than giving you a “fire hose” of all public Lytro pics, the app surfaces those with the most “likes” to the top of the stream.

On phones or tablets, people viewing Lytro pics in the stream or other apps can tap anywhere on the photo to refocus. Tapping and holding activates perspective shift, where the user can slightly alter the angle the photo was taken at.

For now, the free Lytro app is iOS-only, although the company says an Android version is in the works.

Does wireless sharing make you more inclined to buy or use a Lytro camera? Share your thoughts in the comments.