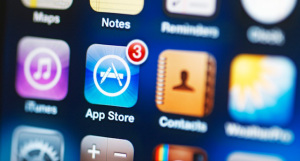 Editor’s Note: Semil Shah works on product for Swell, is a TechCrunch columnist, and an investor. He blogs at Haywire, and you can follow him on Twitter at @semil.

Rohit Sharma from True Ventures likes to say: “Mobile is the only under-hyped thing in tech.” I think he’s right. Yet, for mobile developers and mobile founders out there, an overheating iOS app ecosystem hamstrung by distribution challenges makes for a tough game, a game many technology investors have often decided is not worth the risk and prefer to wait and chase things that break through the wall. Investors need scale. However, of course, some mobile-first apps do continue to get funded out of the gate, and here’s how I briefly explain to others what those are. I wanted to write this for mobile entrepreneurs out there who are looking for investment, to give them one person’s view into how to read the tea leaves. (These aren’t data-driven facts, but rather observations I’ve made operating in iOS and concurrently being on the investing side evaluating them.)

First, to set context, most “successes” on iOS tend to be in the gaming category. It makes sense. While the category itself is crowded, winners can and do emerge and will continue to do so. Gaming apps make up the majority of the apps available, as the store approaches the one-billion mark. So, if you’re a gaming app, you picked a great category, but so did many other competitors, just at a time when the leading gaming company is struggling in the public market and struggling to keep games fresh on mobile.

Of the non-gaming apps that tend to do well, I’ve found they fall into one of three categories. One, they leverage the most important sensor on the phone: The camera. The iPhone 4 put an HD-like camera with a network in every user’s hands, and software developers found and continue to find creative ways to entice people to consider an alternative to the default camera. Instagram is the obvious shining-light example here. Pictures have become a dominant mobile communication medium, and it’s early innings for digital images. Unfortunately, many others recognize this and many users do experience fatigue around another photosharing app, though FrontBack recently made something that started to break out again.

The second type of app that tends to break out leverages some type of network effect, usually around some type of messaging function that creates a better, more immersive experience than basic texting or iMessage. The network effect comes in when the new app becomes more useful as more of the people you know start using it. While there is a chicken-and-egg problem of getting people to onboard and engage, people do need to communicate, share pictures, and more, so a slew of new creative messaging apps were created and are outstanding. SnapChat is the leading example, combining the camera effect with the network effect of messaging. Other new messaging platforms, like MessageMe, create a significantly better experience than iMessage and allow for fun picture communication, among other things.

The third type of app that’s doing well and attracting investment dollars aggregates consumer demand via mobile and then — and this is key — pairs it with an offline service to fulfill the demand. Think of services like Postmates or Lyft, among many others — they use mobile audiences to generate demand and create a sort of marketplace for the fulfillment of that demand. Network effects kick in here, too. The real work for mobile developers here is in the design and value-proposition delivered to the customer, paired with the intense, operational logistics that must be sorted out behind the scenes. These types of businesses are currently possible in certain cities right now because of deeper structural changes in the labor market, which I’ve expanded on in detail here.

Finally, a way that mobile apps grow is because they piggy-back off the success, legacy, and awareness of a web or global brand. Everyone has the Amazon app because you became addicted to Amazon on the web. It’s easy for an app like that to spread. But, what does a new founder do to learn from this? Some founders will start on the web to iterate and build an audience as a means to hack mobile distribution, but not every startup can take on that task given the runway they have or technology defensibility in their plan.

Given this framework, the key question for mobile developers to ask are: Does my app fit into one or more of these categories, and if so, how? If not, should I consider altering the product a bit to bend to it? Most apps will undergo this kind of scrutiny when under consideration, though most investors are looking for tend to be apps that have already broken out or are on the verge of it. In many ways, given the iOS App Store realities, it pays to sit back and wait and compete and pay-up than try to predict what can happen.

The other hard question mobile developers have to ask is around defensibility. There are plenty of apps that receive attractive investment that don’t initially fit into this framework. In my limited experience, I’ve made these calls by trying to apply a formula as a test. I like to see the following ingredients: (1) a daily active use case, paired with (2) a technology delivered to a mobile form factor, and where the combination (3) creates a moat of defensibility around the investment, all other distribution risk factors known.