The Bonsai is gadget with a soul, one that hopes to make a global difference by changing the way we go about an activity many do on a daily basis. It’s a shaving accessory, and it’s being funded via Indiegogo right now, with creator Craig Battin and his team looking for $125,000 to turn their final prototype into a production shipping device.

The Bonsai is a razor rinsing device, one that can save up to 99 percent of the water the average person uses rinsing out their blade under a running tap. It’s essentially a cup, one that you fill with a set amount of water at the beginning of your shave, which then creates a spray via high-pressure circulation of water. It also filters out hair and other debris, which you can then dump when you’re done.

Battin explained via email that growing up in Las Vegas, the need to conserve water was ever-present, hence his fascination with this problem in particular.

“I can remember driving over Hoover Dam with my family on the way to Arizona and seeing the “bathtub ring” of Lake Mead grow and grow, and it was very alarming to me,” he explained. ” At the most severe point in the ongoing drought, I believe the lake level had dropped by 120 feet. When I joined the workforce after college, I was forced to shave frequently, and I was always bothered by how much water I wasted each day. That was the genesis.” 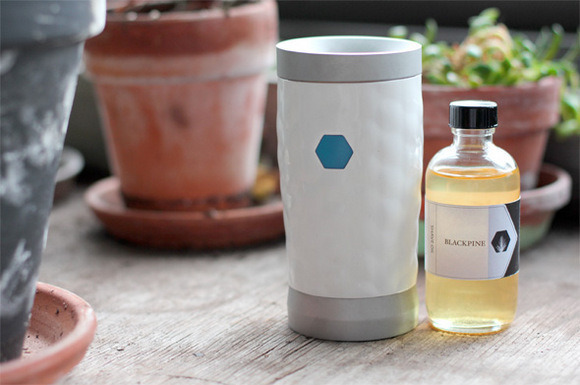 While the water conservation aspect drove the Bonsai’s initial development, Battin and his team quickly turned their attention to other areas of concern. These prompted the design of the filter to get rid of gunk that can clog drains, especially with daily shaving, and also the way the Bonsai actually blends your shaving cream with the rinse water as you go to create a solution that’s easier on your face since it’s oiling your razor as you go. The project will also offer an oil that you can use in combination with the Bonzai to enhance that effect. Battin explained that too much attention has been focused on razors, hence the lack of forward movement in terms of changes to the way we actually shave.

“It seems like we’ve been riding this trajectory where the only feasible innovations involve the physical razor or the blades, so you end up with things like vibrating handles and lethal 6-blade cartridges,” he said. “I think the lack of disruption has everything to do with where the focus has been, and the fact that consumers really don’t have many alternatives.”

Of course, the Bonzai also saves money by saving water, and Battin claims, by extending the life of your razor blades. It’s powered by a rechargeable battery and works both in and out of the shower. The gadget is available during the Indiegogo campaign for a pledge starting at $79, and the team estimates they’ll begin shipping devices by July 2013. If you’re a slave to the shave, as most of us likely are, you could do worse than to back this project and its aspirational goal of cutting down on the environmental toll it takes for us to clean up our ape-like faces and bodies.