Nearly three out of four people in the United Arab Emirates owns a smartphone, making it the country with the highest smartphone penetration in the world. Following the UAE are South Korea, Saudi Arabia and Singapore.

The United States doesn’t even fall into the top 10, finishing at No. 13 with just 56.4% penetration, according to Google’s Our Mobile Planet report from Q1 of 2013.

Statista’s chart, below, shows the 15 countries with the highest smartphone penetration in the world. 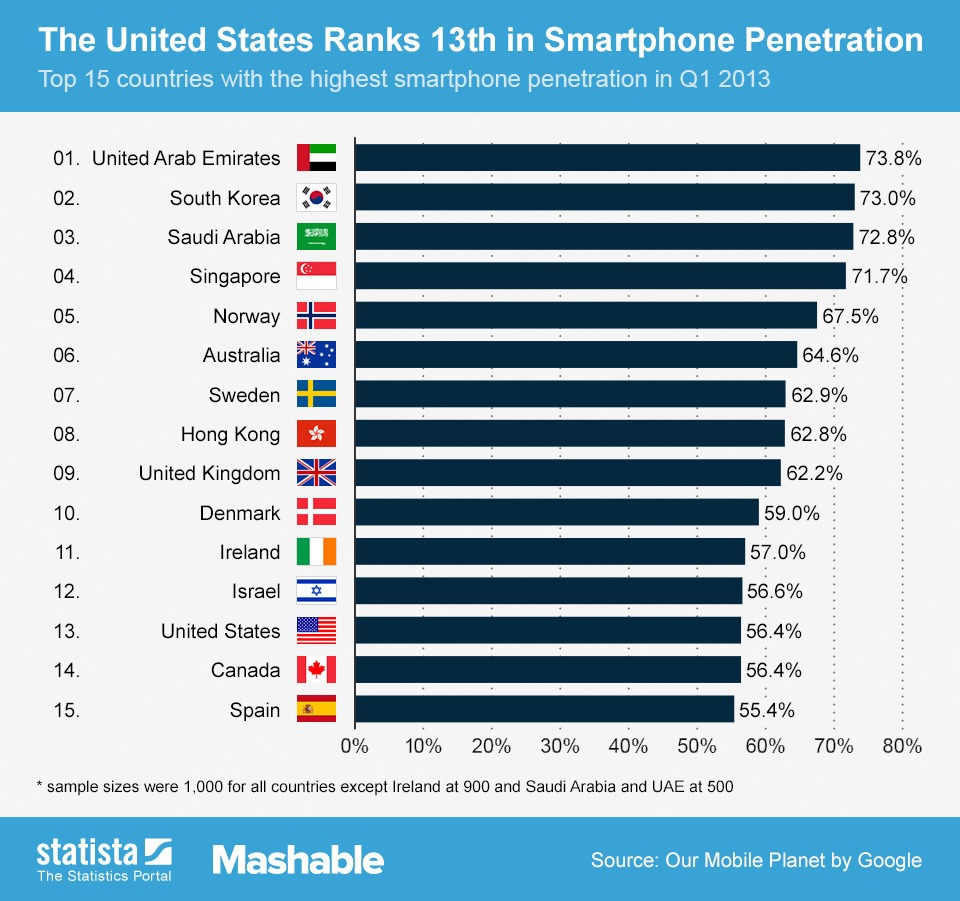 Are you surprised by these rankings? Let us know in the comments below.