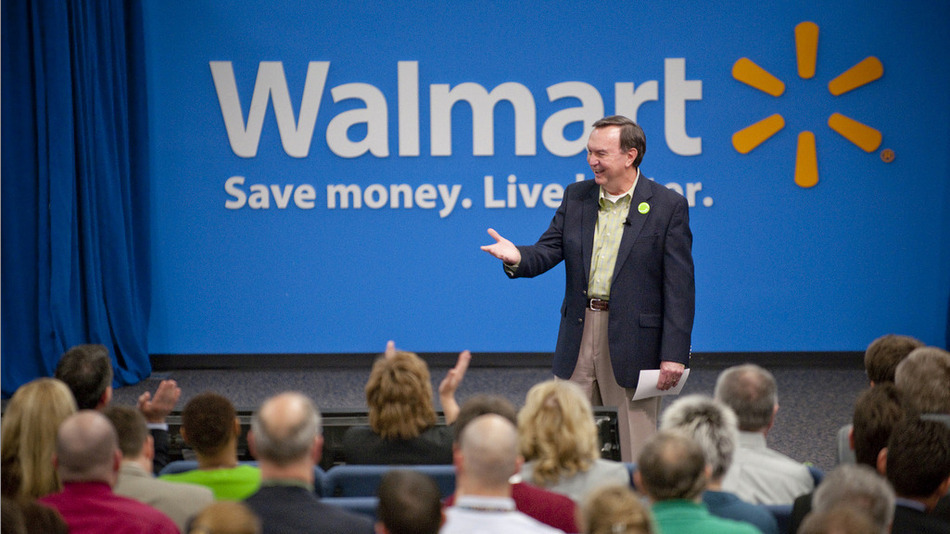 Walmart is the most-liked brand by Facebook users in the United States, claiming 31 million American fans on the social network — a whopping 94% of the retail giant’s total fan base.

Statista’s chart, below, ranks the 10 most-liked brands by U.S. Facebook users, as well as the percentage of fans that hail from the U.S.

List-toppers also include Target, Amazon and Samsung Mobile. Further down, an interesting trend emerges: Fewer of the brands’ total fans come from the U.S.

The most striking example is Coca Cola, whose 11.9 million U.S. fans make up just 16% of the brand’s total Facebook likes. 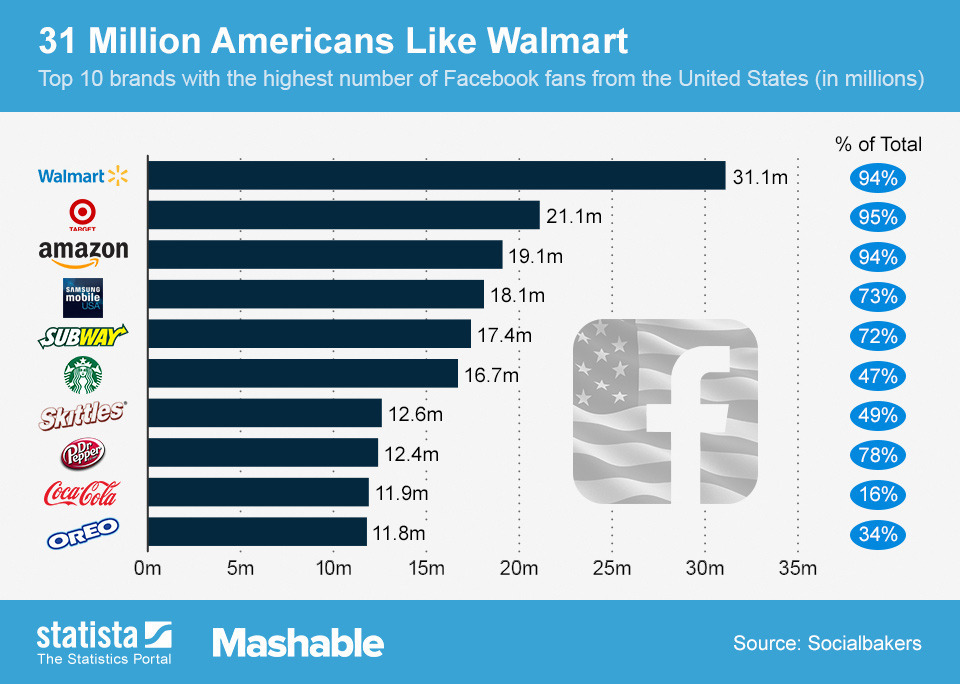