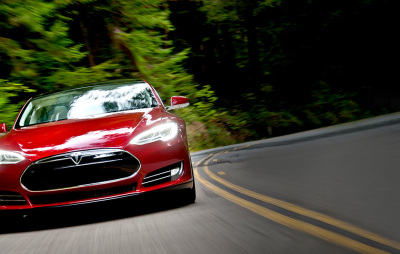 Tesla’s West Coast Supercharger Corridor opened today, making it possible for owners of the Model S to travel free between San Diego and Vancouver, using Highway 101 and Interstate 5. This makes a Supercharger reachable within 200 miles to over 99 percent of Californians and 87 percent of those in Oregon and Washington.

A lot of attention has been paid to Tesla’s efforts to make a coast-to-coast trip in one of its vehicles a reality, via Superchargers and other charging stations, but blanketing the West Coast means that Tesla S owners can now travel from essentially the Mexican border to within the Canadian one without paying any money to fill their cars, and with a minimal amount of charging time required. Superchargers can charge a Tesla S to a capacity worth around 200 miles of driving distance in just 30 minutes, and the stations are positioned near restaurants and shopping centers to give you something to do while your car powers up.

To promote the new corridor, Tesla is having two Model S vehicles make the trip from San Diego to Vancouver, and they’ll be pushing updates to their various social media properties along the way. Spoiler alert: those cars are definitely going to make it without incident.

Supercharger rollout continues globally, with Tesla announcing plans in September to cover 100 percent of the population of Switzerland, Belgium, Austria, Denmark and Luxembourg, and 90 percent of the population in England, Wales, and Sweden with a station within 320 kms by the end of 2014. Getting past that basic excuse of “I can’t buy one, there’s nowhere to charge” is clearly a huge part of the company’s global rollout strategy, which is why each of these Supercharger network expansions is a big win for Tesla and for founder Elon Musk.