SinDelantal.Mx Raises €2.5M From Seaya Ventures To Become The Just Eat Of Mexico (Or Get Bought)
Evernote for iOS gets related notes, shortcuts and Skitch integration 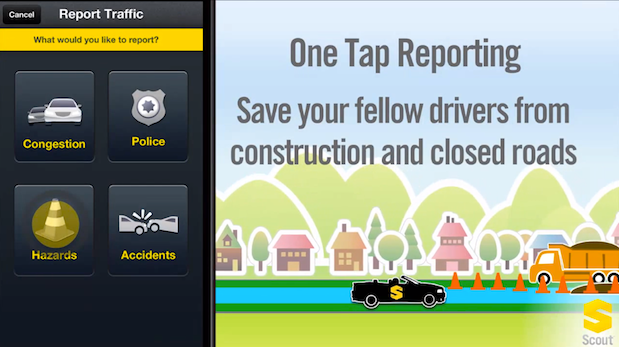 Telenav has been steadily improving Scout, its personalized navigation platform, ever since its introduction. Today, Scout users will finally get the crowd-sourced traffic info they were promised back in April. Scout for both iOS and Android now provides you the wisdom of its 100 million users and traffic partners, allows you to see which roads are congested and calculates up to three possible routes — letting you find the most efficient way from point A to point B. That real-time traffic info augmented with user input also enables drivers to share a more accurate estimated time of arrival, so your dinner date will know exactly how long you’ll be delayed due to that unforeseen fender-bender on the freeway. Additionally, the update adds several new recommendation categories to its Things to Do feature, so it’ll now tell you about live music, local festivals and outdoor activities, too. Sound good? You know the drill, Google Play and the App Store await