Apple Gives Out Gift Cards to Students for Mac, iPhone and iPad Purchases
Apple to build a 20-megawatt solar farm for its Reno, Nevada data center 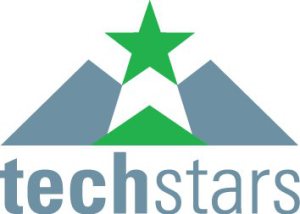 It’s just under five months since the announcement of TechStars London, the UK outpost of Boulder, U.S.-based uber-accelerator TechStars after it merged with Jon Bradford’s Springboard. Today TechStars London is unveiling its first cohort, giving us a glimpse at how things are shaping up post-merger.

The headline takeaway is that applications for TechStars London were four times greater than previous years under the old Springboard operation, totalling 1,302 applications from 72 different countries. TechStars says that’s testament to the TechStars brand and pent up demand for the accelerator to expand outside of the U.S., but also bring with it the all important bridge to the U.S. market, along with TechStars’ global network of mentors.

In that sense, it’s not hard to see how London makes sense as an out-post location, given that is has a vibrant tech scene of its own, plenty of government cheerleading in the form of the Tech City project, as well as being naturally outwards-looking. Of course, I’d also hasten to add that TechStars London already has a pretty formidable local competitor in the form of Seedcamp, which has arguably been holding its own in London, Europe (and elsewhere).

From those 1,302 applications, TechStars had to whittle it down to 11 teams to make the final cut for the bootcamp-style 13 week program (although a change this year sees teams able to stick around for a further 3 months at TechStars London’s new Warner Yard home, the co-working space owned by early-stage fund Playfair Capital).

Those teams comprise of founders originating from seven countries: Colombia, Holland, Ireland, Serbia, Solvenia Spain, and the UK, so a pretty diverse bunch, which isn’t really notable for a multicultural city like London. Meanwhile, we’re told that five of the companies have a FinTech focus, while two of the companies have “a very strong social agenda”. The others appear to span various B2B, analytics and developer tools.

Interestingly, TechStars London says that two Techstars mentors have returned as company founders (Laurence Aderemi and Richard Newton), which must feel a bit like going back to school but also speaks volumes for the perceived benefits of going through an accelerator like TechStars and the doors it potentially opens. TechStars London also says that four of the companies have come from other accelerators — can we say “serial acceleratees” — and that other founders include a Private Equity director, game developer veterans and “several serial entrepreneurs”.