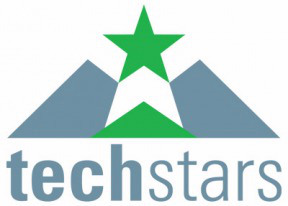 It’s the second year of operation for TechStars London and the accelerator has just named the 11 companies in its 2014 cohort — which this year come from eight different countries including the U.S., Estonia, Germany, Spain, Israel, Ireland, South Korea and the UK.

TechStars London’s Jon Bradford said applications to this year’s program numbered around 1,500 — pushing up on the ~1,300 received last year, continuing to demonstrate the global pull of the TechStars brand.

Companies gaining a place on the 2014 program include several that have attracted funding already. Five of the 11 have already raised $4 million in total. The cohort also includes two previously successful entrepreneurs. And the entire cohort already comprises more than 50 staff in total. Not all of whom are coming to London for the three-month bootcamp, obviously. TechStars said it had to get 13 prospective entrepreneur visas ahead of the program’s kick off.

Bradford said the 2014 line-up “really challenges” people’s perceptions of the kind of companies that participate in an accelerator. ”Experienced entrepreneurs are much more pragmatic and recognise what they know and what they don’t,” he told TechCrunch when asked what more established startups are seeking to get out of the accelerator process.

“Teams with funding and product benefit hugely from TechStars,” he added. “It allows them to concentrate on building their business without the need for raising funding. They can use the program to accelerate customer traction and engagement through the network we expose them to.”

What of last year’s TechStars cohort? IPTVbeat, which does real-time analytics for TV viewing habits, has since raised $2m in seed funding, according to Bradford.

He adds that there are a number of others “who are looking at chunky term sheets at the moment”.

The full list of TechStars’ 2014 London teams follows below. Demo Day for the teams will take place in London on June 20.

Avuba (Germany) is fixing banking by building a mobile first bank service.
Eat In My Seat (U.K./U.S.) allows you to skip the queue at venues by ordering directly to your seat.
eRated (Israel) lets you use one reputation score in a world of marketplaces.
Good Audience (U.S.) increases your reach and gets your brand, product or service in front of over 400 million active social media users.
Lingvist (Estonia) is an adaptive language learning tool that significantly reduces the time needed to learn a new language.
Magnific (U.K.) connects readers, writers and curators for a more personalised reading experience.
Proximus (Spain) is an analytics engine that examines the behaviour of consumers using innovative indoor geolocation technology.
Pubble (Ireland) uses everywhere your customers live online to build an active community on your website.
Smile Family (Korea) is a mobile community for mums.
Spatch (U.S.) is a new decentralized communication protocol built on top of email.
Zzish (U.K.) helps developers make education apps more engaging and effective.