Nowadays you can reach whomever you want through various modes — a Facebook message, a tweet, a text message and a phone call, just to name a few. These all require you to look at a screen in order to process what another person wants to communicate.

But now Woodenshark is offering a device called TapTap, a wristband meant to help people communicate without the need of a screen. Targeted toward people in a relationship, the wristband allows users to communicate through — you guessed it — taps. One user taps the wristband and the other feels the wristband vibrating as it relays those taps.

For $130, you get two wristbands, which can run up to seven days on one charge, according to the company. To use the wristband, you download an app and connect it to your email along with the email of the person wearing the other wristband.

The product works with Android smartphones with Bluetooth 2.1 and above, as well as the iPhone 4S and newer. The silicon wristband holds a plastic module in place, the brain of the TapTap, so to speak. A capacitive sensor and an accelerometer sense the taps. The bracelet also includes LED lights to alert you of any missed taps or a low battery.

Woodenshark’s wristband also comes in variety of patterns. To change your look, you just take the module out of one wristband and place it into another.

Dmitry Gorilovsky, founder of Woodenshark, told Mashable that although the wristband primarily focuses on people in a romantic relationship, people have already proposed other uses. The company’s Kickstarter campaign has helped the team consider some of the proposed alternative uses.

“People can create their own language,” he said. “We are testing TapTap with our close circles like friends and family and some couples they use just two or three different ways of tapping each other with different meanings. Like, one tap ‘I am missing you’ and several taps in a row ‘just take a look at your phone or check something, I’m writing.'” 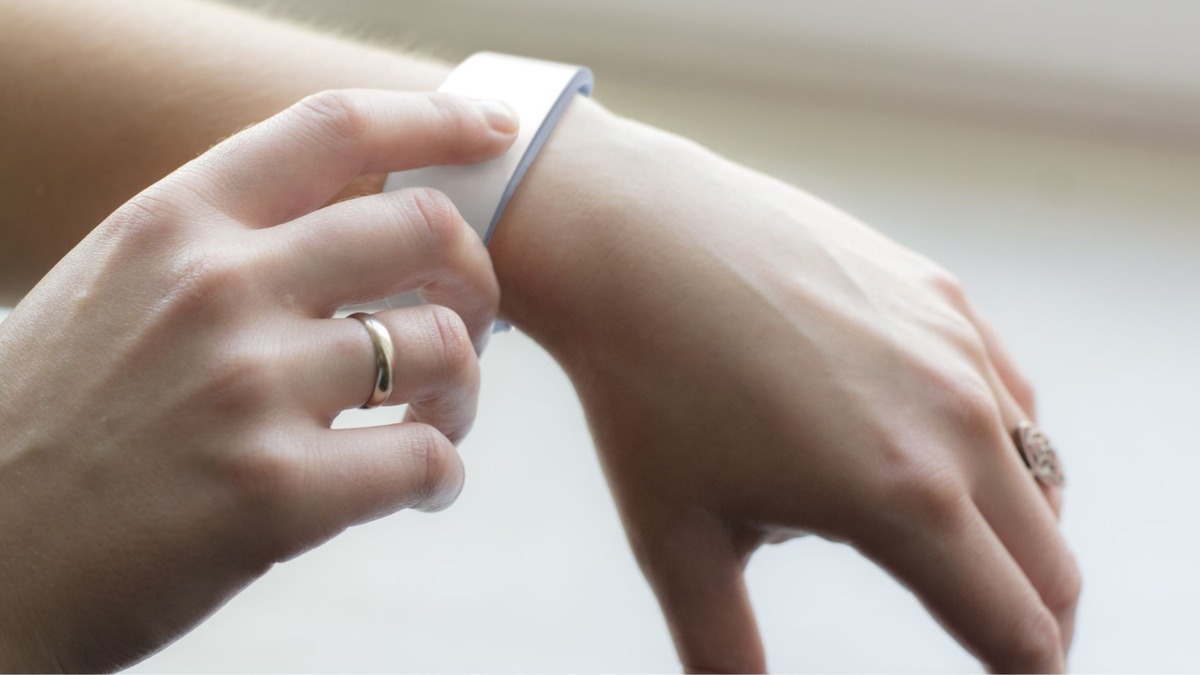 The team is also working on configuring the TapTap to work with smart alarms and game controllers by using different apps on the smartphone. The focus, however, remains on interactions between two wristbands.