Facebook Saved Over A Billion Dollars By Building Open Sourced Servers
The First Cellphone Went on Sale 30 Years Ago for $4,000 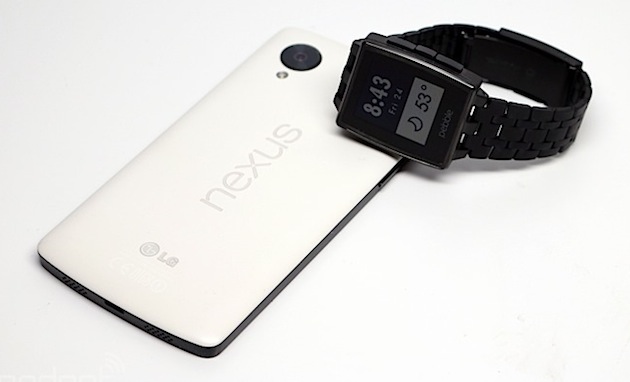 Regardless of what one may think about the potential for smartwatches, one of the most exciting things about a new device category is that there is so much experimentation with form factors and capabilities. We’ve already seen products with different display technologies (Memory LCD, LCD and OLED) and varying screen sizes. Some have various combinations of microphones, speakers, cameras, touchscreens, WiFi or cellular radios. Their prices have ranged from less than $100 to $400 and beyond and their battery life has varied from a day to a year. And then, of course, there are many of the factors that differentiate traditional watches — size, design and materials. 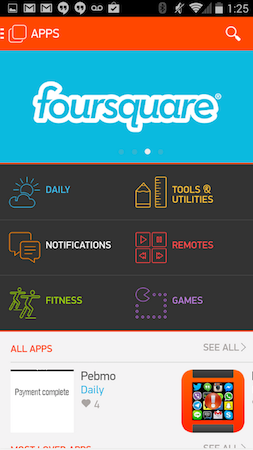 The launch of the Pebble app store brings to mind the launch of the iTunes App Store for the iPhone. In both cases, a convergent device was being opened up to the imagination and creativity of a world of developers. Taking advantage of its early marketplace entrance (and perhaps some lessons learned from the Allerta inPulse), the Pebble is an extremely constrained platform. With no touchscreen, no keyboard (not even a screen-based one), few accessible controls and a tiny monochrome display, one must have realistic expectations about the sophistication of the apps, of which the watch can have only eight resident at a time. Even accessing some of the apps can be a hassle requiring multiple button presses.

On the other hand, the Pebble has access to certain advantages that the iPhone didn’t have when its app store launched. For one thing, it has the iPhone itself (and now Android phones), as an always-connected bridge to do the heavy lifting of connectivity. It also has access to a far greater wealth of internet-based services to draw on, many of which were dragged online and made more accessible because of smartphones. And finally, it is arriving in the early days of a world where, increasingly, everyday objects are connected.

The Pebble has access to certain advantages that the iPhone didn’t have when its app store launched.

The initial six categories of the Pebble app store are: Daily, Tools and Utilities, Notifications, Games, Remotes and Fitness. Immediately, one can see that this is far from a perfect topology, but a few of the categories stand out. Games always seem to be a staple of new platforms, but the two categories that best reflect the heart of the smartphone are fitness and notifications. The Pebble doesn’t have any special sensors to judge body signs apart from the standard-issue accelerometer, but a whole class of wearables has been focused on providing a reflection of activity — an input focus. Conversely, notifications — a feature of the pre-app Pebble — represent the other main smartwatch focus, the at-a-glance output focus.

Remotes is a bit of a new twist as a category. Indeed, one of the first App Store apps released by Apple for the iPhone was the Remote app for controlling Apple TV. Similarly, using the connected smartphone as a surrogate, the Pebble can reach out and provide wrist access to some of the emerging Bluetooth and WiFi-connected devices such as the Philips Hue lights, Nest thermostat and GoPro camera. 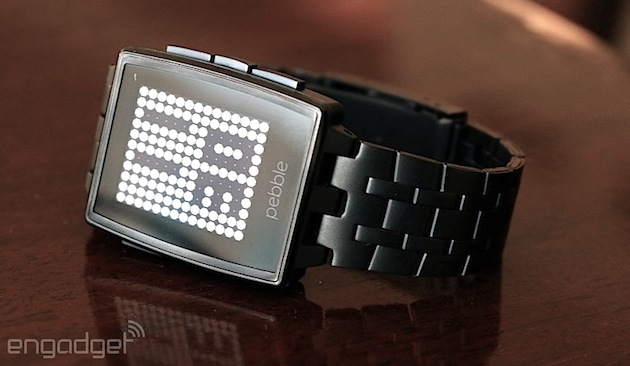 There are a few notable, popular web-based and mobile-based services. These include Yelp and Foursquare, the latter of which has made a habit of being first on a platform with a showcase app. Developers also haven’t been afraid to push the Pebble to tasks for which it may not be well-suited. One of these includes an app that allows you to “mirror” the image coming from your smartphone’s camera — at least as well as it can be mirrored on a 1.26-inch monochrome display.

Smartphone app stores have included many of the staples of the PC … but became better known for a new class of applications that were inherently focused on location and context.

As has been the case with smartphones, the Pebble store can serve to expand market awareness for services that might not cross the radar of someone just looking for a watch that can display a variety of different faces. If you weren’t aware of the Indigo or Vera home-automation platforms, you will be when you peruse the store.

Smartphone app stores have included many of the staples of the PC — web browsers, email, Office productivity — but became better known for a new class of applications that were inherently focused on location and context, tied to social networks and optimized for a new interface. In its early days, we can see evidence of that trend continuing with smartwatch apps. There is overlap with some of what one can do with a smartphone, but the emphasis has shifted to a different class of applications that is addressing the promise of what one can do with a quick bit of attention to one’s wrist.