Omate TrueSmart watch launches on Kickstarter, works with or without your smartphone
FABtotum 3D prints and scans, mills, takes one step closer to self-replication 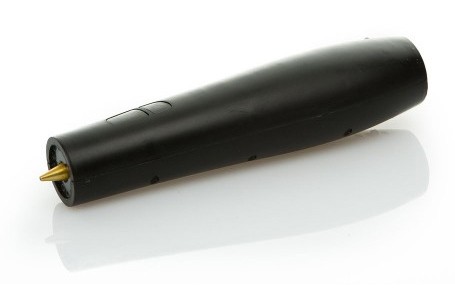 One’s an anomaly, two’s a trend, right? And certainly after 3Doodler managed to collect a staggering $2.3 million on Kickstarter (after a modest $30,000 goal), no one would be particularly surprised to see a few other folks rushing to grab a piece of the 3D printing pen action. Really, it’s a fairly simple idea with impeccable timing, a glue gun-like device that melts plastic and essentially lets you draw in mid-air as it cools, arriving in the midst of a desktop 3D printing explosion.

From what we can tell, the SwissPen is an awfully similar product with two distinctions. First, the company proudly flaunts the fact that the device was designed and is assembled in Switzerland, a fact it assures us is reflected in the quality of the product. Second, the $103 pen (plus international shipping) is expected to ship in October, which puts it well ahead of the $99 3Doodler’s anticipated February ship date. The first batch, the company cautions us, is pretty limited — which is likely to be less of a concern with the 3Doodler, given that company’s rather generous backing. It’s creators assure us, however, that they’re hard at work on accessories, new colors and more for the device.