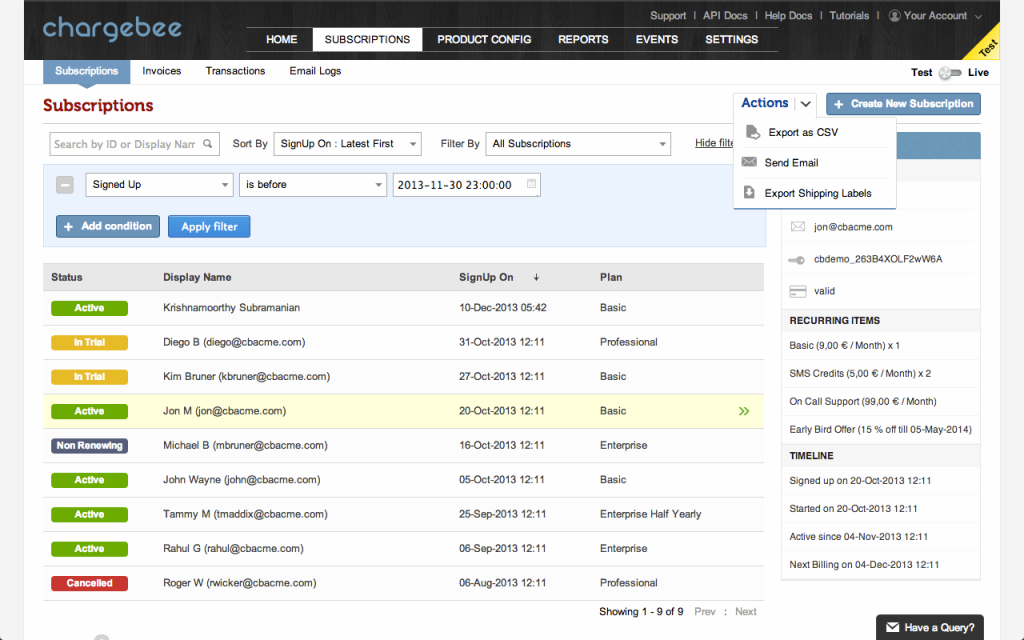 ChargeBee, a Chennai-based startup that helps companies manage their subscription billings, has raised around $800,000 in a Series A funding from Accel Partners. This brings ChargeBee’s total funding to $1.17 million, including the $370K it had raised in seed funding during October 2012.

This new funding will be used to beef up ChargeBee’s sales teams in the U.S. and also hire more engineers to work on next versions of the startup’s core product.

Subscription billing startups such as ChargeBee, Recurly and Chargify, leverage SaaS model to help customers implement a billing system fast by automating most of the back-end processes of invoice generation and payments collection.

“ChargeBee differentiates as the most extensible billing solution available including more choices with our REST API and the option to use Stripe tokens instead of card,” said Subramanian.

ChargeBee now has around 500 paying customers from 10 countries including Australia, US, UK and Canada. Currently, the startup processes average monthly transactions worth $1.6 million. By end of this year, ChargeBee wants to achieve $20 million in monthly transactions.

“Our plans start at $49 for startups and we do have a “bootstrapper” plan wherein customers use ChargeBee for free till they reach 10 customer billing a month,” said Krish.

Accel India has to date invested in around 17 startups in India at the seed stage from its $150 million+ Accel III fund.