Google’s march on Maps continues as it adds 1,001 indoor and outdoor places from around the world to Street View. 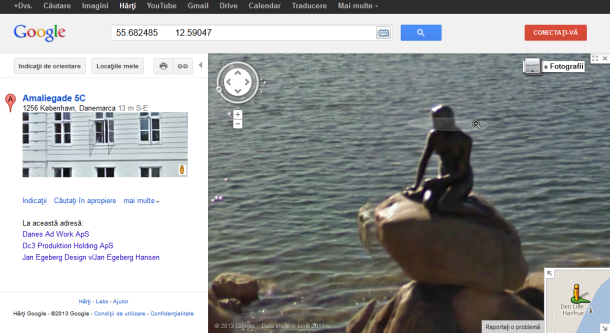 Google Street View now takes you on a tour of the canals in Copenhagen, Denmark, including the statue honoring Hans Christian Andersen’s The Little Mermaid.
(Credit: Screenshot by Seth Rosenblatt/CNET)

Of the virtues of travel, Mark Twain once wrote, “The gentle reader will never, never know what a consummate ass he can become until he goes abroad.”

Google updated Maps on Thursday with 1,001 places previously not in Street View, from the wildlife of Singapore to the interiors of the concert halls of Canada to, yes, tours of the Mark Twain House and Mark Twain Museum in Hartford, Conn.

The company did not release the full list of new locations, but pointed out highlights that could appeal to hikers, people planning their next vacation, or mere “armchair explorers.” Places highlighted on their blog include Spain’s Seville Cathedral, the canals of Copenhagen, the Brazilian stadium home to soccer star Pele, and Mexico City’s Chapultepec Park, one of the largest urban parks in the Western hemisphere.

Google’s views on the importance of personal growth attained through travel were not readily apparent, but suffice to say that it is unlikely that the company would choose Twain’s charmingly glib approach.