A new Kickstarter project, in the form of a pen, wants you to pick up good vibrations — as well as handwriting and spelling skills.

Dubbed the Lernstift (German for “learning pen”), the digital scribbler is essentially a tool designed to provide physical feedback to its users. In the videos above and below, its creators explain that the pen currently works in orthography and calligraphy modes for spelling and style, respectively. If the utensil detects misspelled words or chicken-scratch, the pen trembles.

The Lernstift is self-contained and doesn’t need any other special accessories to operate. Inside the pen is an ARM processor running Linux, positioning sensors, an oscillator for physical-vibration feedback and Wi-Fi. Here’s a quick look inside one of the prototypes:

Lernstift’s Munich-based team is looking to raise approximately $180,000 on Kickstarter for production and further development. Planned improvements slated for the near future include grammatical and syntactic checks, lithography learning, user-extended word catalogs, other languages and an open API for developers.

Watch the videos to learn more; then let us know what you think about the handy invention in the comments. 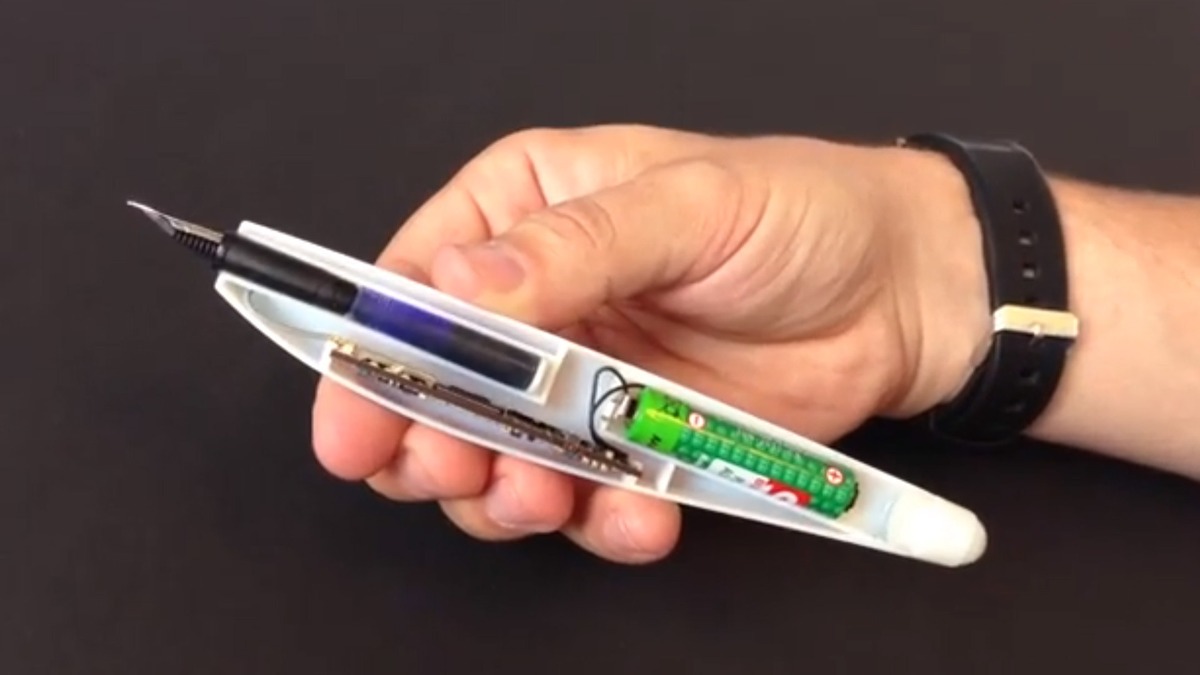