Hitlist, A Smart Flight Finder That Saves You Money By Telling You When To Fly, Exits Beta
The Best Ways to Follow the Winter Olympics on Facebook 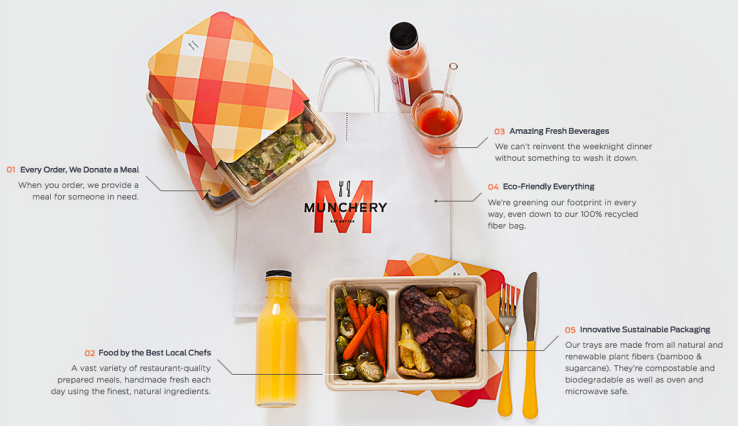 San Francisco-based Munchery, the startup that offers prepared gourmet meals on demand, is in the process of raising a new $20 million funding round, multiple sources familiar with the deal have revealed to TechCrunch. The new round adds to its existing $4 million Series A, and $700,000 in seed funding.

The startup currently counts Sherpa Ventures, Menlo Ventures, Anthos Capital, e.ventures and individual investors including Matt Mullenweg, Randi Zuckerberg and Eric Ries as backers. Founded in 2010 by Tri Tran and Conrad Chu, the point of Munchery was to make it possible for busy professionals to have a convenient meal option that wasn’t just your garden-variety fast food or greasy takeout.

Munchery plays on current trends in diet and nutrition, providing meal selection based on categories including “dairy-free,” “vegan,” “low carb” and more. All meals are made from scratch and will be delivered same-day within the SF Bay area upon ordering. You just choose the dish and the delivery window (in one hour increments), enter delivery and payment info, and your food will be prepared and ready by the end of the day.

The value proposition isn’t just fresh food that’s relatively healthy: Munchery has a buy-one, give-one system through which it provides another meal for those in need for each one ordered, plus it uses eco-friendly packaging and uses professional local chefs for meal preparation. That kind of attention to detail can’t come cheap, which probably partly explains the need for more cash coming off its A round, which was announced in November 2012 but only officially closed in September of last year. Last fall when that round closed, Munchery was claiming a 20 percent month-over-month growth rate in its business.

Then in October, Munchery redesigned its web-based menus, rebuilt its mobile apps and introduced wine, beer and cider ordering. It also hired Bridget Batson, a three-star chef, as a step in building out its roster of in-house culinary talent. Those kind of product and organizational moves don’t come cheap, so it isn’t surprising to hear that the company is looking around for fresh funding.

As with any offline service business, expansion for Munchery is going to be expensive. Given what it managed to accomplish with its existing $5 million or so, however, we could see growth accelerate rapidly once it nails down this funding, complete with Munchery making its way out of its Bay Area crib.