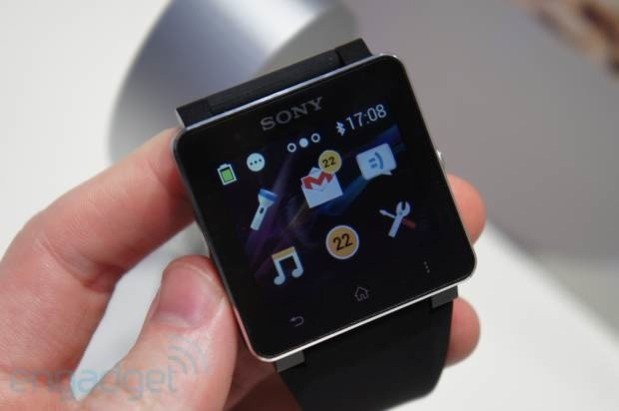 Sure smart watches are the hot newness, but Sony’s already been there and done that. In fact, the company got a jump on IFA by first announcing its second-gen wearable way back in late June. The device did grab a brief mention at today’s press conference (due in part, we suspect, to something Samsung may have up its sleeve), and the device got some face time on the IFA show floor. The watch doesn’t look entirely unlike its predecessor, though there have been some modifications.

For starters, the display has been kicked up a bit to a 1.6-incher with 220 x 176 resolution. Of course, that’s still a tiny color touchscreen, so you’re only going to fit around six icons on there at any one time. The device is also slimmer than its predecessor, which goes a long way for something you’re going to wear on your wrist, though we wouldn’t exactly call it thin at the moment.

Also big is the ability to pair it quickly to Android handsets running Ice Cream Sandwich or later — certainly a nice addition for all of us who know what a nightmare Blutooth pairing can be. There’s a large dial-like power button on the right side, which turns it on and also switches the watch from clock to app mode. On the left side is a microUSB port for charging, and along the bottom bezel are the usual array of Android buttons: back, home and menu. The buttons themselves weren’t always as responsive as the touchscreen, unfortunately. 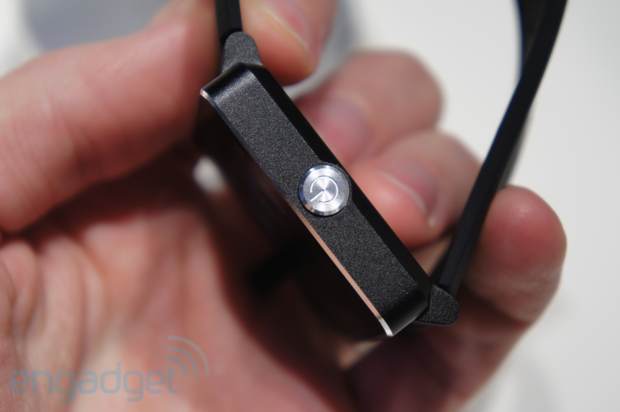 The battery, meanwhile, should give you around four days of life, according to Sony, which is a pretty solid spread. The app selection is still pretty limited, however, though Sony’s working on that, having opened it up to developers. All in all, it’s a pretty slick piece of hardware, so far as smart watch offerings are concerned.