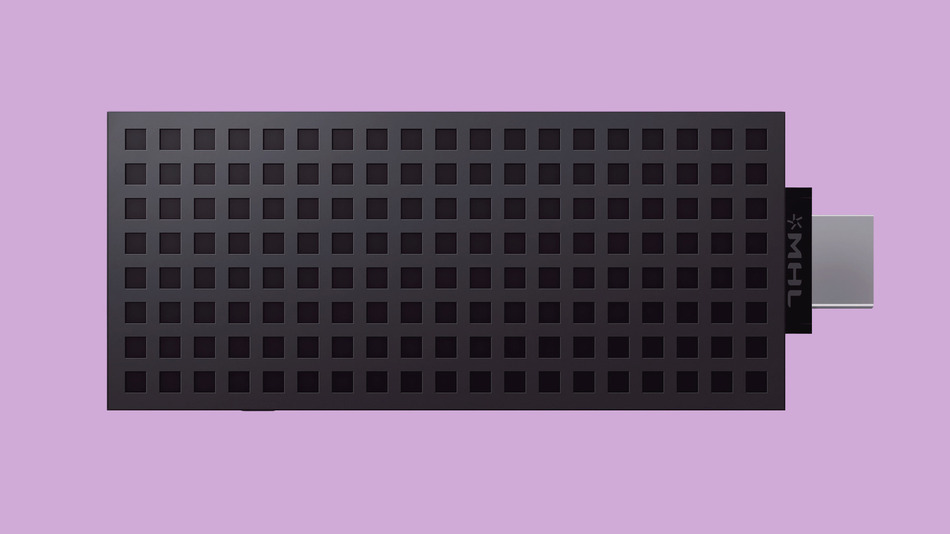 Sony is taking on Google with the unveiling of its new Bravia Smart Stick, a tiny device that works with your HDTV much like Google’s Chromecast.

Set to debut later this week, the Smart Stick will plug into your TV’s HDMI port and bring with it Google TV software, essentially turning your basic Bravia television into a Smart TV.

Feature-wise, the SmartStick will offer users more than Chromecast.

The Chromecast is basically a simplified Chrome browser running on a dongle. When you play content on the device you have to use your smartphone or tablet to essentially point that stick to a URL. Most anything you can play in Chrome you can play on Chromecast; individual apps, however, have to add Chromecast support before they can be used with the dongle. Currently only Netflix and YouTube are supported, with Pandora support on the way.

While Sony’s Smart Stick has a similar dongle shape, the device is more like an Apple TV or Roku box in that it can run individual apps, specifically those supported by Google TV. Google TV includes apps for Netflix and YouTube, but it can also access to Amazon Instant Video, Vudu, Redbox, AOL On and Crackle. You can also download all the apps from Google Play.

The Smart Stick will have its own remote control (the Chromecast uses your phone or tablet as the remote), and will also have other Google TV features such as voice search support and a picture-in-picture feature that lets you watch video in one window and view a browser window in another.

All those features come at a price. Sony is reportedly pricing the Smart Stick at $149, more than $100 than the $35 Chromecast. Another disadvantage: it will only work with Sony’s 2013 Bravia line of televisions.

What do you think of Sony’s Smart Stick? Are you more interested in it or the Chromecast? Let us know your thoughts in the comments.