Olloclip’s Telephoto iPhone Lens Is a Gift for the Pros
Harmony Ultimate and Smart Hub review: Logitech outdoes itself with new remotes 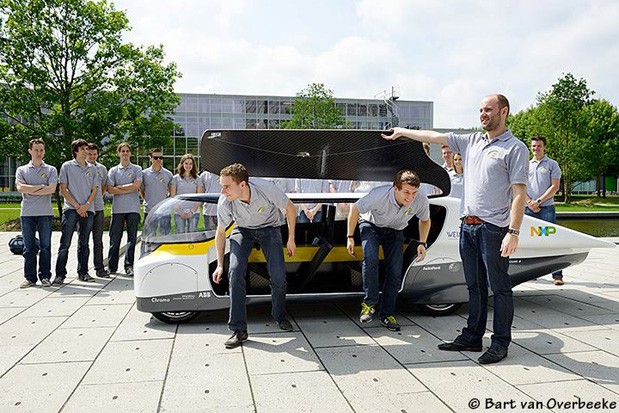 The solar-powered cars we’ve seen to date are usually built for just one person — not very useful when many of us need to carry passengers. TU/e’s Solar Team Eindhoven just brought some much-needed realism on that front by unveiling Stella, which it claims is the world’s first solar-powered family car. The vehicle’s combination of efficient solar cells with lightweight construction allows such radical concepts as back seats and a trunk while maintaining a 373-mile range. The barebones design won’t rival most modern cars for luxury, but it’s also energy-positive — in typical use, it can contribute back to the power grid. You may even see it outside of competitions; while Stella is designed with October’s World Solar Challenge in mind, Solar Team Eindhoven plans to make the car road-legal. Let’s hope we catch it putting around Dutch streets.