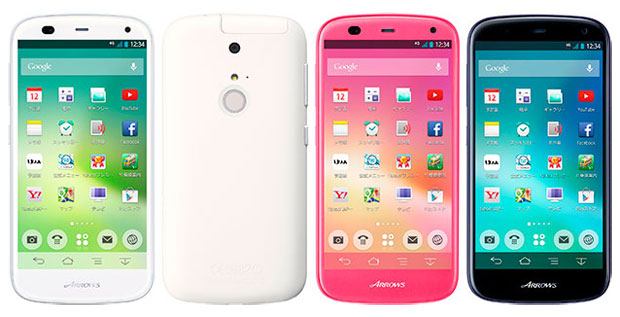 Softbank announces the Arrows A, can fast-charge a day of use in just 10 minutes

Softbank has just held its biannual showcase to reveal its new smartphone family and, as is often the case with Japanese carriers, there’s a few interesting devices alongside the more predictable iPhone fare. Poring over the company’s Winter 2013 collection, it’s Fujitsu’s Arrows A 301F that immediately jumps out, with the particularly useful ability to charge up “a full day” of use in just 10 minutes. However, we’re not sure whether that’s thanks to the processor or a “dedicated” AC adapter that comes with the device. The 2,600mAh battery will reportedly offer three days of use on a full charge and is accompanied by some more familiar smartphone specs, like a 5-inch 1080p display, Snapdragon 800 processor, and 13-megapixel camera sensor. Talking of sensors, there’s one other feature that’s had plenty of attention elsewhere recently: a fingerprint reader. On the Arrow A, it’s located on the rear, just below the flash and camera sensor, although the company hasn’t elaborated on its uses. The phone will launch in Japan this December.