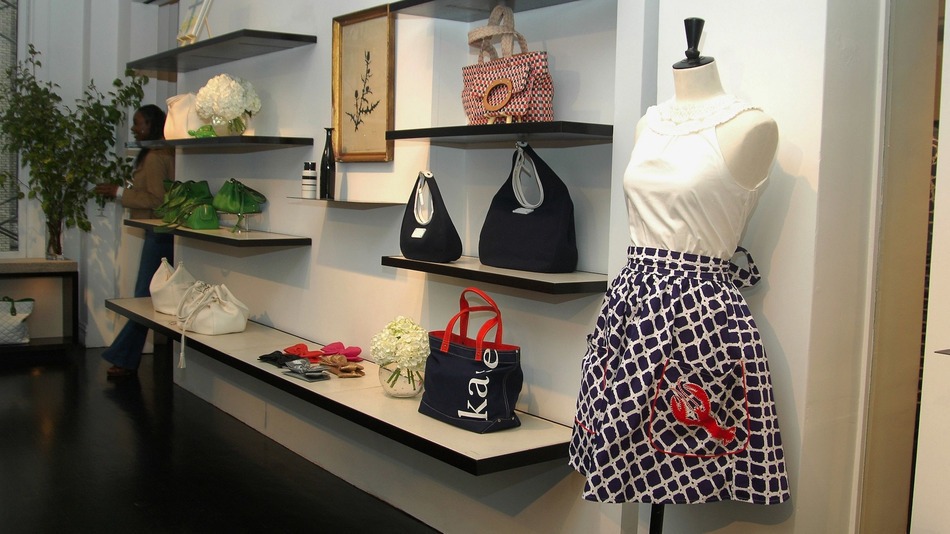 There was a time, namely the second half of 2011, when retailers thought Facebook and other social media channels would become major storefronts for their platforms.

“We expect Facebook will become a major channel of commerce,” Alex Bolen, CEO of Oscar de la Renta, said in an interview with Mashable in late 2011. Miki Berardelli, CMO of Tory Burch, echoed that statement a few months later: “We believe that social shopping, or F-commerce as everyone is calling it now, is the future of ecommerce,” she said.

Unfortunately for Oscar de la Renta and Tory Burch, as well as for Gap, J.C. Penney, Nordstrom, GameStop and dozens of other brands and retailers that set up Facebook shops in 2011, this hasn’t been the case. Of all those retailers, only Tory Burch still has a Facebook store, which it uses to offer occasional discounts on select items to Facebook fans.

But it’s not just Facebook stores that are failing to drive sales. Social media networks in general just aren’t effective platforms for acquiring new customers compared to more traditional methods, like search and email marketing research, digital consultancy L2 finds. In a study of nearly 250 prestige brands — defined loosely as heritage brands with an “affordable luxury” price point, like Kate Spade or Coach — the firm found that over the past four years, less than 0.25% of new customers have been acquired through Facebook and less than .01% from Twitter. Furthermore, customers acquired via social media spend less money over time (i.e., have a lower lifetime value) than those acquired via search. 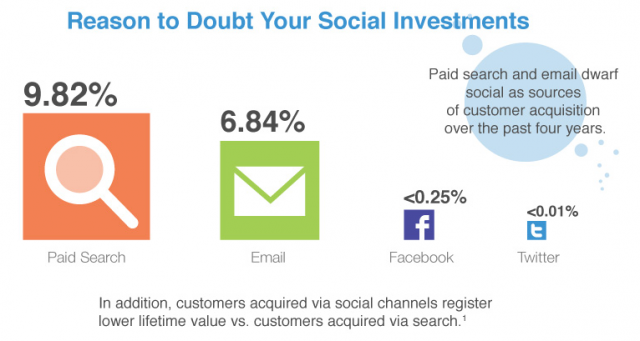 Even Burberry, a leader in the fashion/luxury/digital arena, has pulled back its investments in Facebook in favor of investments in traditional CRM and ecommerce infrastructure, L2 reports. (A Burberry spokesperson declined to comment.) This is significant especially given Facebook’s growth over the past five years, from under 200 million users to 1.15 billion.
Social Media Still Has Value

Overall, it’s damning data on the sales front, but that doesn’t mean social media is a complete waste of resources for prestige brands.

Social media plays a big role in organic search rankings (see chart below). Second, Facebook’s ad products, particularly its retargeting and mobile ads, are reporting solid numbers on the engagement and conversion front, L2 finds. Finally, a new wave of visual social media platforms, like Instagram and Vine, are proving good marketing tools that generate up to 25 times the engagement of other community-based platforms. 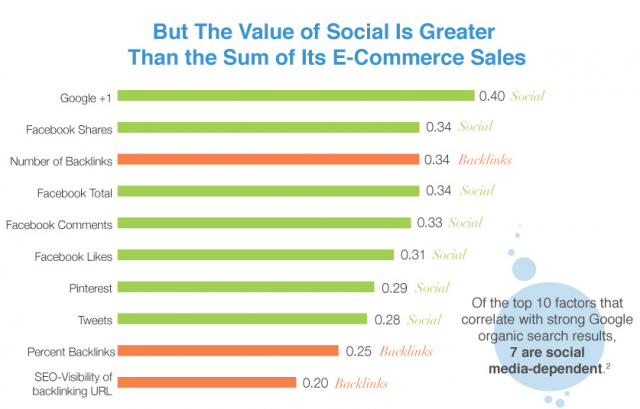 The consensus: Social media is still an important tool for marketing and organic search. But for prestige brands focused on customer acquisition and conversion, a Facebook page or Twitter account may not be the best investment.