Rocket Internet Revs Up Easy Taxi, Its Latin American Hailo, With $15M In Funding
Appfuel Is A Simple Way For App Developers To Balance Monetization And Growth 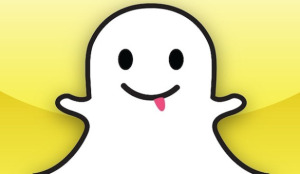 Fresh on the heels of the announcement that Snapchat received $60 million in funding led by International Ventures Partners, co-founder and CEO Evan Spiegel has told TechCrunch that the first phase of the monetization strategy will involve in-app transactions.

According to Spiegel, the company is already playing with hidden features and doing experiments to see what works best.

“In-app transactions will come first,” said Spiegel. “We think we can build really cool stuff people want to pay for. The app is now a part of everyone’s day-to-day lives. That means that they will — I at least would — pay for a more unique experience.”

He didn’t go into much detail, but he did clarify that the team “has not considered” letting users pay to save snaps.

In other words, the in-app purchases may have to do with some sort of personalization. My best guess would be that users could perhaps pay for more customization tools within the app. This could include filters, like Instagram, stickers to place on snaps, or the ability to choose your font and font size within the app. It could even mean paying for the ability to send longer snaps, beyond the usual 10-second limit.

While Speigel says this would be Phase 1 of Snapchat’s monetization strategy, he’s also said that Snapchat is very interested in native advertising.

Snapchat already “advertises” (if you could call it that), to its own users. On Christmas, Thanksgiving, or other fun holidays, Snapchat sends users a mass Snap of an animated video. It usually features the Snapchat ghost.

Brands could do something similar, and actually can already as long as they’re adding users the same way as all of us do — by knowing their Snapchat handle or sending them a friend request.

That’s not effective for mass advertising, though, so Snapchat might need to let brands send unsolicited snaps to users in specific demographics. The brilliance here is that users aren’t required to open them, but in a way this format could run the risk of upsetting a very happy and engaged user base.

So instead, it’s taking a more conservative, opt-in approach to monetization. In-app purchases that offer further functionality, personalization, or whatever “experimental” ideas Snapchat has in mind would be much more friendly to users as Snapchat heads into money-making territory.