Harvard study shows that the size of a device, and your body posture using it, influences your behavior and demeanor. 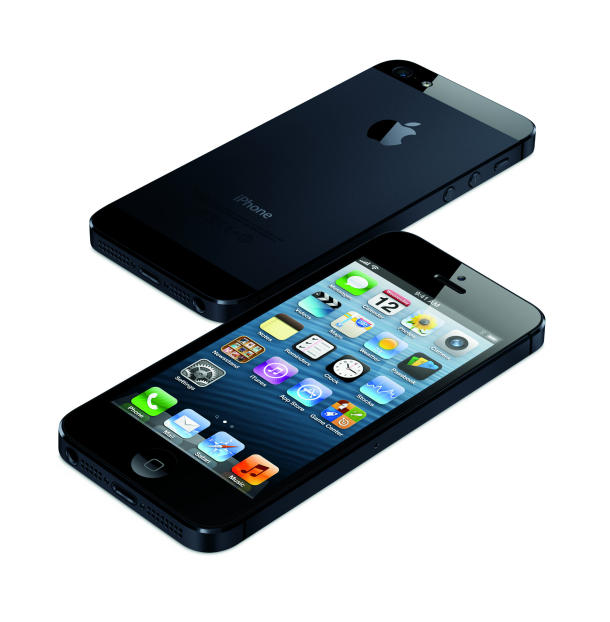 Do you hunch when you work on your smartphone?
(Credit: Apple)

Your reputation as a tough, hard-nosed business go-getter may take a hit if you spend a lot of time using your little smartphone. A study conducted by researchers at Harvard Business School suggests that using devices with small screens can cause people to behave less assertively than those using larger screens.

The study used 75 participants who were randomly assigned to perform tasks on various devices. The researchers chose to go with Apple products representing a range of sizes, though the results could be extrapolated to other brands. Participants used an iPod Touch, an iPad, a MacBook Pro, or an iMac.

Once the tasks were finished, the researcher told the participant, “I will be back in five minutes to debrief you, and then pay you so that you can leave. If I am not here, please come get me at the front desk.” The researcher then waited up to 10 minutes to return. Participants who had been using smaller devices took longer to go fetch the researcher than those using larger devices.

The paper concludes with a bit of advice. “Many of us spend hours each day interacting with our electronic devices. In professional settings we often use them to be efficient and productive. We may, however, lose sight of the impact the device itself has on our behavior and as a result be less effective. We suggest that some time before going into a meeting, and obviously also during it, you put your cell phone away.” 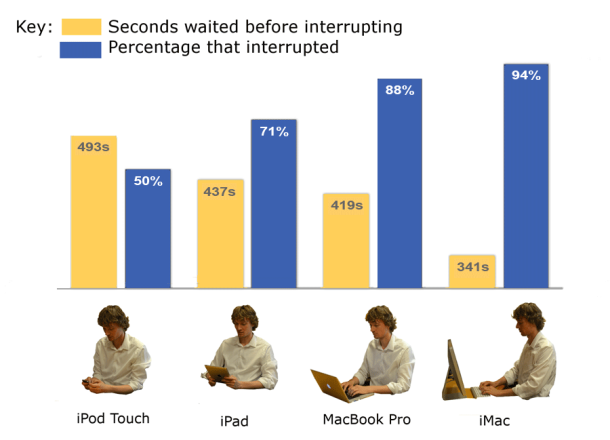 How long the participants waited to get the researcher, and whether they left at all. (Click to enlarge.)
(Credit: Harvard Business School)