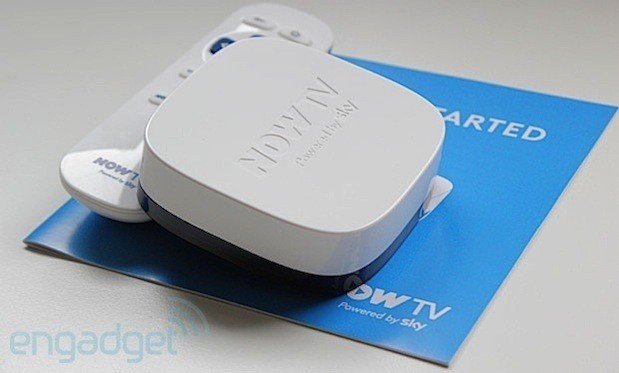 It’s fair to say, no one was expecting Sky to release a dedicated streaming box for its Now TV service the same week Google entered the same market. But, it did, and with relative panache, too. Why? Well the hardware it’s using is based on Roku’s popular LT player, and it’s only charging £9.99 for it. That, in itself is a pretty good deal. There are, of course, some caveats. Most notably a custom version of the UI that denies access to certain channels — high profile ones at that. And, of course, it heavily pushes Sky’s own premium channels. Still, for such a low price, with no subscription to Sky’s own services actually needed, could this be the ultimate budget TV box for UK viewers? We compare it to the pure Roku experience to find out.

As mentioned, the hardware is essentially a rebranded version of the Roku LT, which means it’s a WiFi only model, and doesn’t have any other luxuries such as MicroSD expansion, a USB port or Ethernet connectivity. There is, of course, HDMI and an AV output. The remote is essential the same as its Roku counterpart, too, bar the addition of a “Now” button to send you straight to the eponymous movie service, and an Apps button for, well, take a guess. As a refresher, the LT, and therefore the Now TV box will do HD, but only at 720p — no full HD option here. 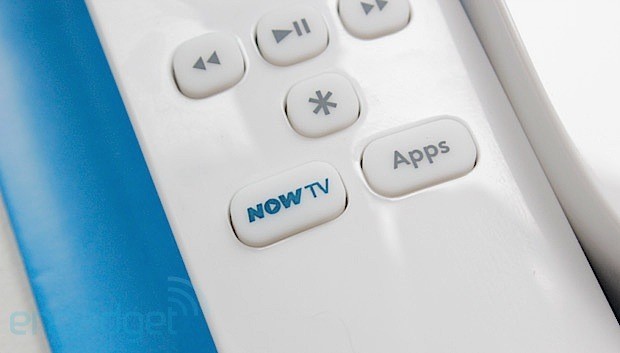 The hardware isn’t really where the tough decisions come though, as for this price, it’s kind of a no brainer in terms of value. It’s that custom interface that will be causing you any potential dilemmas as we’ll see in a bit. Anyone who already owns a Roku, will know more or less what to expect. Once you’re all connected up, the device throws up a Now TV splash screen, before dropping into a WiFi set-up page. Add your credentials, and it’ll ask you to log-in to your Now TV account. We used an existing account, but importantly one without a valid subscription to Sky Now services. So, if you were in any doubt about needing a live (and paying) account to use the device, we can confirm this is not the case. Don’t worry though, Sky still gives you plenty of opportunities to sign up, should you wish to do so (understandable, really).

Upon first set-up, the Now TV box installs a few default channels, these include the namesake service, Sky News, BBC News, iPlayer and Demand 5. The menu system itself is a horizontal-scrolling affair like the Roku menu of old, before it swapped to a grid system. Once set-up, you can then go into the channel store and add to the default channels as you wish. It’s based on this point you are likely going to make your buying decision. You will not find Netflix in the channel store. Not entirely surprising, given that it’s a direct competitor to Now TV. But, other notable omissions include Crackle and Plex / Twonky (some might argue, LoveFilm too, but that’s not available on Roku anyway). The list is actually a lot more restricted compared to the full Roku, with many of the international and specialist channels being curated out also, but it’s the lack of movie competitors and streaming options which will cause the problems for most. 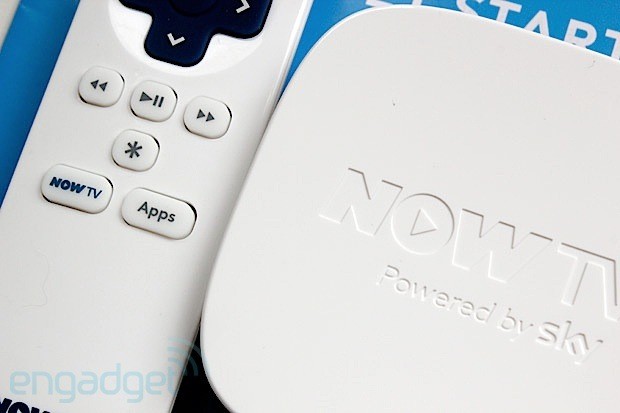 There is a flicker of good news, though. For now, at least, the same developer mode found on the Roku is present here. That means by pressing a certain key combination on the remote (easily found online,) you can activate a dev feature that allows you to sideload a channel for testing. What this really means is that with a little bit of time searching online, you can theoretically load channels that Sky didn’t give you direct access to. If you’re willing to agree to certain terms and conditions, of course. We tested this by successfully installing VideoBuzz (which allows some YouTube functionality), and there are reports that Plex has also been snuck over via the same method. Does this mean there could be a backdoor for all your favourite channels? Hard to say right now, but there’s a least a glimmer of hope for those who don’t mind getting their hands dirty.

And for those that don’t? Well, let’s not forget what this box is really all about — getting Now TV into as many houses as possible. Sky’s service can be tried free of charge for 30 days, and will then cost £8.99 for the next three months, after which point it goes to the standard price of £15.99. This is of couse over twice what both Netflix and LoveFilm instant charge, but anyone who has used all three will tell you that Now TV has a far more recent and high profile selection of movies. Sport fans can buy a day pass to Sky’s Premium channels, too, for £9.99 for 24 hours — on a pay-per-view basis. 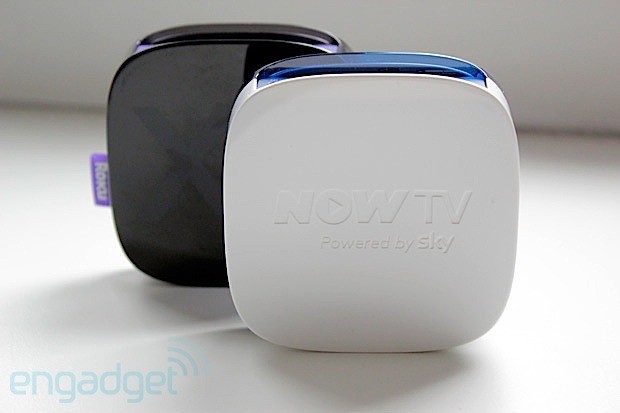 So, if you’re looking to give your dumb TV a little dose of smart for the cheapest price possible, there’s really no arguing with the Now TV box. For many, just access to BBC iPlayer at this price will be worth it alone. Add to that a good spread of other free channels, and it’s undeniably a good deal. More serious viewers can of course take up a Now TV subscription and really turn this into an entertainment center. Those who were hoping to cut corners, and get the Roku experience on the cheap, however, might be disappointed by the somewhat limited selection of channels — for now at least. Unless of course you’re willing to delve into the deeper menus and shuffle over sideloaded apps etc. By which point, you might as well consider getting the Roku LT anyway, depending what price you put on your time.