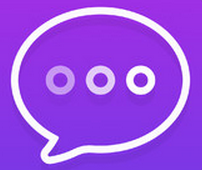 Serious question: Which would you prefer? To have all of your chat conversations instantly deleted upon receipt (Snapchat-style), or to keep a record of each and every word forever on the Internet?

A new app, Skim, is looking to answer that question.

Not unlike Ansa, a Disrupt alumni, the app automatically deletes the message as soon as it’s opened. When a user sends a message, it’s gone forever, no longer viewable to the sender and instantly disappearing when received. In many ways, it’s just like Snapchat but with text instead of photos.

“Disappearing content is a growing trend, yet nobody seems to do textual messages very well. At Skim, we have a design-first mentality. Simplicity and beauty is incredibly important, but even more so is security,” said co-founder Jordan Singer. “The feeling of privacy and security the app gives to our users is bar none.”

The text dissolves from left to right as you read it, giving you a sense of urgency with every message. It’s incredible how much more exciting a boring message is when it vanishes in front of your eyes. (Just imagine how thrilling an exciting message could be.)

Users can set the speed of the disappearing text to slow, medium or fast.

To be honest, the app does lack a certain flow when it comes to sending and receiving friend requests, and oddly requires Facebook or Twitter log-in to sign up. Plus, you have to click out of a blank message (after the text has disappeared) to reply, instead of being able to type a reply on that same screen.

In other words, execution isn’t perfect but the idea is most certainly interesting. 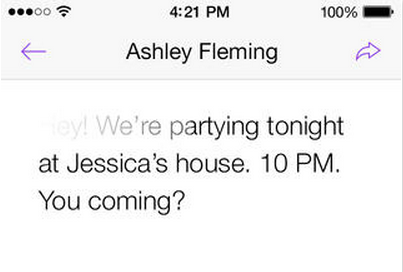 Like Snapchat, Skim isn’t all that secure. However, Snapchat doesn’t make the mistake of promising secure, private messaging, while Skim does. It’s much easier to snap a screenshot of a Skim message than it is a Snap, but the app listing on iTunes still promises the following:

What’s more important than your privacy? It’s hard to feel safe these days when your digital life is anything but private. With Skim, you can have fun and feel secure.

According to the co-founder, Skim is working on adding end-to-end encryption “to give Skim the next level of privacy and security.”