T-Mobile Prism II from Huawei is official, yours tomorrow for $116 outright
Onkyo’s CS-255 docks your iPhone 5 for $300 this August 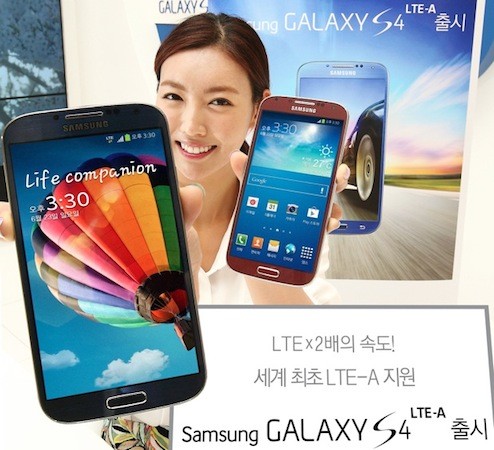 Just days after an LTE-Advanced variant of Samsung’s Galaxy S 4 leaked, Korean carrier SK Telecom has officially announced it’s launching the world’s first publicly available LTE-Advanced wireless network. The Galaxy S4 LTE-A is also official (in red or blue) as the first device able to take advantage of the new technology for even faster data transmission speeds. According to the press release, SK Telecom plans to have as many as seven LTE-A devices available by the end of the year, all capable of up to 150Mbps. While SK Telecom is using Carrier Aggregation and Coordinated Multi Point technology to improve speeds right now, it will add Enhanced Inter-Cell Interference Coordination in 2014 to go even faster. After that, it suggest carrier aggregation will improve to support higher speeds and faster uploads in subsequent years.

To take advantage of the higher speeds, SK Telecom’s Btv IPTV service will begin offering 1080p video streaming in early July. That will be accompanied by enhanced multiview baseball broadcasts, more free videos, an HD video shopping service with six channels on one screen in August and the addition of FLAC audio files via its music package. Right now, the company has Seoul covered in LTE-A, and plans to eventually offer it in 84 cities, all at the same price as existing LTE service. Check after the break for the press release with all the details, plus video of a speed test.

Update: We’ve just come across another juicy tidbit that makes the Galaxy S4 LTE-A all the more worthwhile — it’ll ship with a Snapdragon 800 SoC that contains a 2.3GHz quad-core CPU, plus 32GB of built-in storage and a 2,600mAh battery. It goes without saying that this phone will be speedy on all angles.