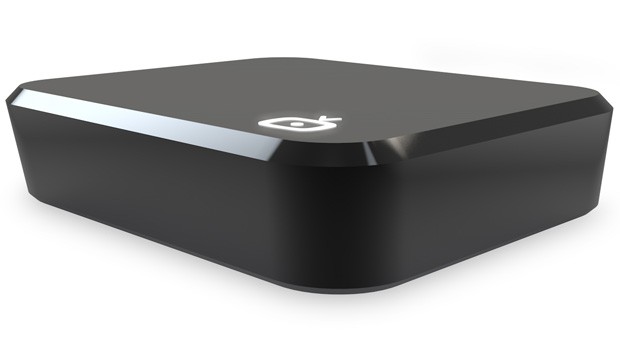 Simple.TV’s first streaming DVR had its rough edges, but the company is clearly willing to make improvements — it just announced the second generation of its set-top box. The redesign is more flexible, sporting both a second tuner and compatibility with international broadcast standards like DVB-C, DVB-S2, DVB-T2 and ISDB-T. Both first- and second-generation owners will also get a revamped Version 2.0 interface that offers personalized content, faster updates and new streaming clients for Android, iOS, Roku players and the web. Simple.TV doesn’t yet have pricing for the new DVR, but it tells us that both the device and the Version 2.0 upgrade will reach the US by mid-to-late November; Europeans will get the hardware next spring.

Simple.TV Partners with Silicondust for Next-gen Hardware and Expansion into Europe

The award-winning Simple.TV experience bridges the gap between over-the-top streaming video and broadcast TV by making live and recorded broadcast programming available on any connected device. Leveraging Silicondust’s proven hardware design, and powered by Zenverge’s ZN 200 chipset and TransAll™ transcoding engine, the collaboration will deliver the ideal platform for powering the next generation OTA and OTT digital media experience. The partnership between Simple.TV and Silicondust will also speed time to market for new capabilities, features, and services for Simple.TV’s “TV everywhere” service, and will provide support for international broadcast standards such as DVB-T2, DVB-C, DVB-S2, and ISDB-T. The new device will be available in the United States in late 2013; international markets will be introduced in early 2014.

“We’re extremely pleased to be partnering with Silicondust, the leaders in networked TV tuners,” said Mark Ely, CEO of Simple.TV. “Their exceptional hardware design, manufacturing, and distribution capabilities are a perfect match with our TV everywhere services and applications. Together, we will deliver an exceptional streaming DVR solution for consumers who are looking to combine the best of broadcast content with OTT streaming.”

“Our collaboration with Simple.TV will help further our reach into the over-the-top streaming TV space,” said Theodore Head, CEO, Silicondust. “Simple TV’s innovative cloud DVR platform and applications for TV everywhere is an ideal complement to our HDHomeRun devices that currently stream content within the home network to many smart, connected devices such as Smart TVs, Game Consoles, and mobile devices. Simple.TV takes these streams beyond the home.”