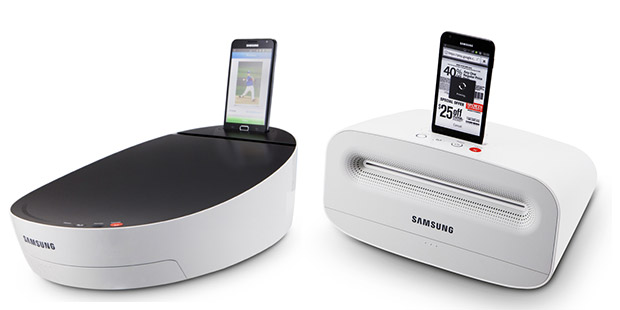 Printers aren’t the most interesting to use or look at, but we’ve got to give Samsung credit for at least trying with its latest concept mobile printers. The oval device in the pic above is called Wave, and it can access files saved on a phone directly through the dock, letting you print even without WiFi or Bluetooth. Audiophiles might want to cast their eyes upon the other machine in the pic, however, as it’s not just a printer but also a sound system that can charge phones. Samsung’s scheduled to showcase both of them along with its other, less avant-garde printing tech on September 6th at the IFA 2013. Sadly, we don’t believe the Korean company has immediate plans to bring them to market, so you’ll have to make do with the usual fare for now.