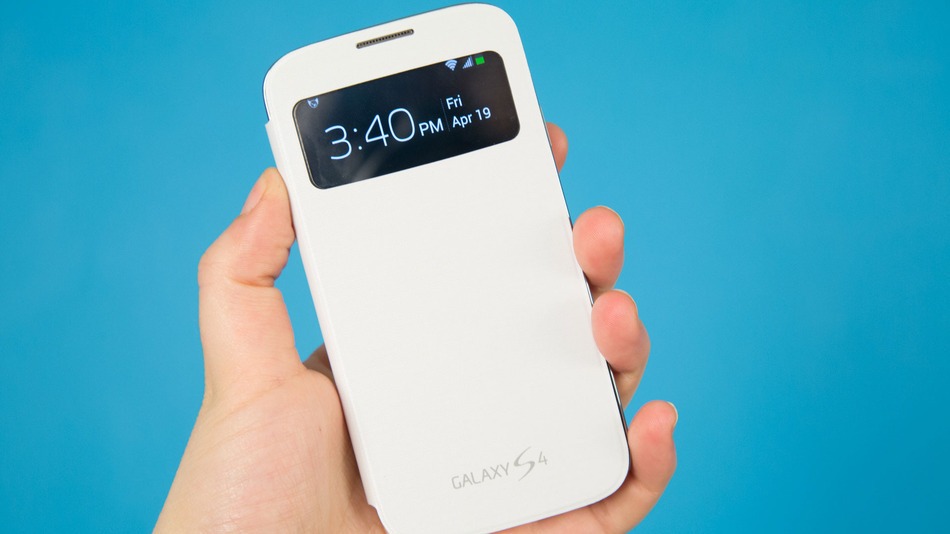 The first-ever Samsung Developer Conference will take place in San Francisco this October, Samsung announced Monday. The company describes the two-day conference as its first “large scale” developer event. It will take place at the Westin St. Francis Hotel from Oct. 27 to the 29th.

Samsung launched a teaser page on Monday where developer and attendees can pre-register via email. Full registration details will be available later this summer.

Samsung tells us that the developer conference will be cross-platform and cross-product, with a focus on the digital living room and the various Samsung tools and SDKs. 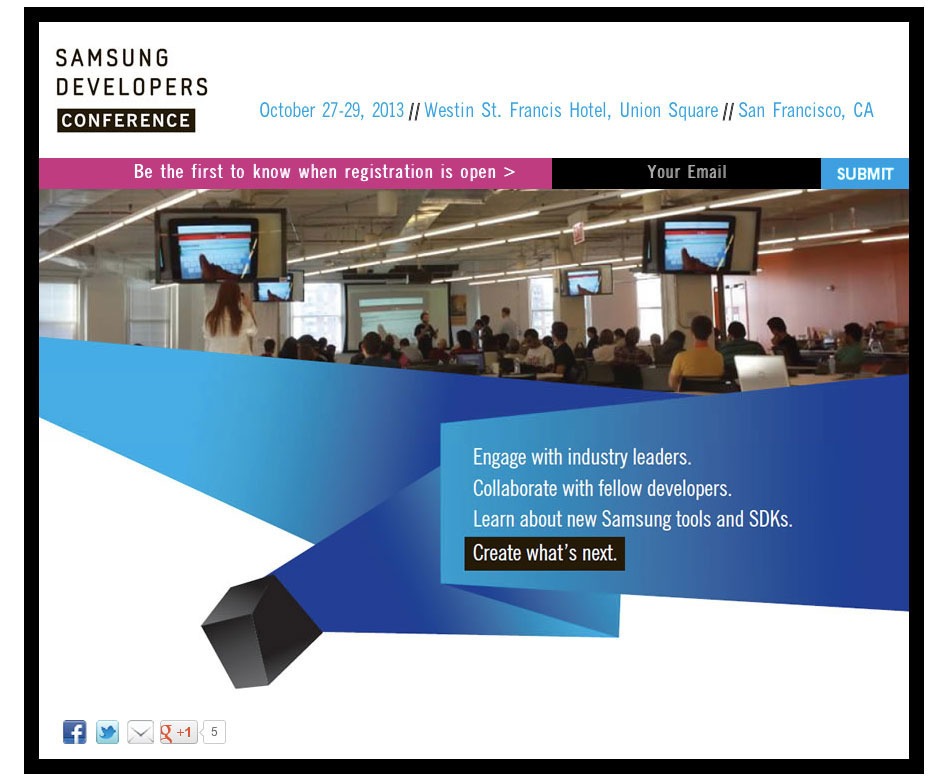 Considering how active Samsung is across the spectrum of consumer electronics — from smart TVs and Blu-ray players to laptops to smartphones and tablets to cameras — a developer-focused event makes a lot of sense.

Over the last year, Samsung has increased its focus on making its products work well together. This was clear when the Samsung Experience Shops came to Best Buy stores earlier this year. The store-within-a-store concept shows how well Samsung products interact.

The company has started to take a more aggressive stance in showing off the synergy between its products. The Galaxy S4 has certain features that only work with 2013 Samsung Smart TV sets.

We’re seeing the same thing with Samsung’s notebook line. The new ATIV Book 9 Lite includes a feature called SideSync that lets users with Galaxy S3, Galaxy S4 or Galaxy Note devices easily access their phone data from a PC and vice versa. Samsung told me that in Japan, its notebook and mobile teams are now working together, largely to create more of these types of experiences.

For the last decade, Apple has finessed its strategy of multiple products under the same ecosystem to great success. So it makes sense that Samsung would like to use the affinity of the Galaxy brand to bring more vertical integration to more of its products.

We’ll be interested to see the developer response to Samsung’s conference. Depending on the scope and the penetration of supported devices, this could kick off some great multi-device experiences.

What do you think about Samsung’s developer conference? Let us know in the comments.