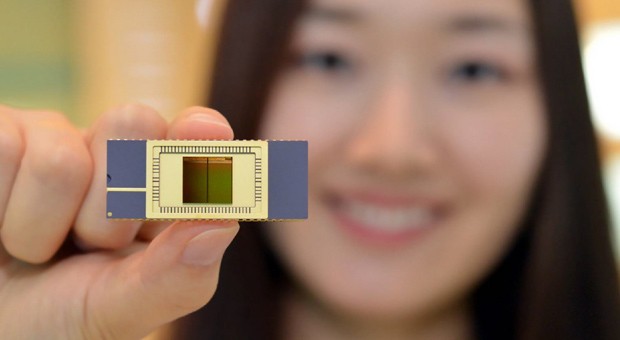 The main challenge in producing higher-capacity flash storage is one of scale — as density goes up, so does cell interference and the chances of a breakdown. Samsung may have overcome that barrier (if temporarily) by mass-producing the first 3D vertical NAND memory, or V-NAND. Instead of putting memory cells on a conventional 2D plane, the company reworked its long-serving Charge Trap Flash technology to create a 3D cell structure with more breathing room. The result is flash that improves both reliability and speed at higher densities; Samsung claims that the new technology is 2-10X more reliable than its ancestors, and twice as quick at writing data. The initial V-NAND chip offers a 128-gigabit (16GB) capacity that we’ve seen before, but its underlying technique should scale quickly when a chip can include as many as 24 stacked cell layers. Although Samsung hasn’t named the first devices with V-NAND inside, we won’t be surprised if our next phone or SSD is particularly spacious.