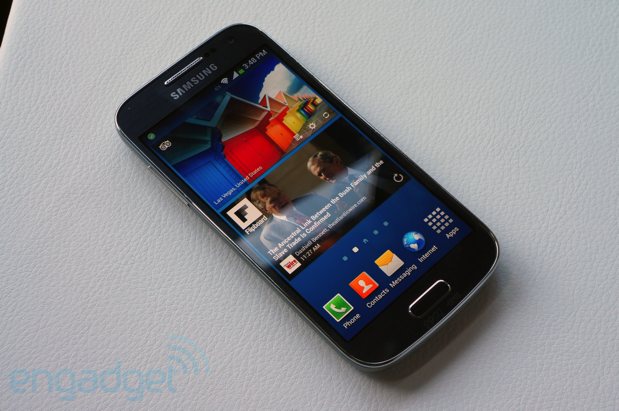 Samsung’s dinkier S4 variant will be available to buy in the UK, starting next week. Phones 4U promises that it’ll be posting its Galaxy S4 Mini preorders on Monday July 1st, while smaller phone sellers like Unlocked Mobiles and Handtec are promising to start sales this weekend. Launching priced at £420 in Phones 4U, it’s arriving at a higher cost than last year’s Galaxy S III, currently £400 on the same site, which could make the S4 Mini (barring those looking for an incrementally smaller phone ) a very tough sell to customers. While borrowing some design cues from the Galaxy S 4, the Mini drops down to a 1.7GHz dual-core processor and a pretty underwhelming 4.3-inch qHD AMOLED display, both less than you’d get on the GSIII. Of course, the price could drop substantially after release and EE is already offering S4 Mini preorder customers a free Galaxy Tab 2 7.0 to sweeten the deal.